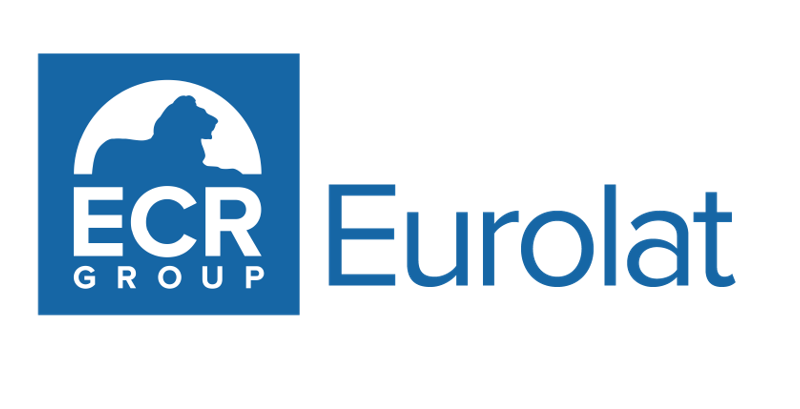 In the European Parliament, European and Latin American conservatives have initiated a project against totalitarianism and communism in the name of freedom and human dignity.

On Tuesday 15 June, the first Summit of the Ibero-American Political Action Group ECR Eurolat will open in Brussels. In the studio of the European Parliament, the virtual summit, bringing together politicians and analysts from across Europe and Latin America and convened by the European Conservatives and Reformists (ECR), will be held over three days.

This event is the first major democratic, conservative and anti-communist Ibero-American political forum within the European Parliament. Its main aim is to make the ECR Group the most effective and present force in Latin America in the promotion of democratic freedoms, the protection of rights of the individual, of the family, and of nations, and the conservation of historical truth, plurality, and Western civilisation.

The ECR Eurolat Ibero-American Political Action Group is now under the leadership of three vice-presidents: former Polish Foreign Minister Anna Fotyga, Giorgia Meloni’s right-hand man in Europe, Carlo Fidanza, and ECR Group Vice-President and Swedish MEP Charlie Weimers, under the presidency to which I am honoured to have been elected.

This summit marks the beginning of a long-term political initiative aiming to put an end to the paralysis imposed by the social democratic consensus on political cooperation with Latin America. With its evident partiality and sectarianism, this consensus has done much damage to Latin American democracies through its strengthening of dictatorships on the continent.

The current Eurolat Parliamentary Assembly of the Parliaments of both continents only serve as a sounding board for socialist and indigenous propaganda, showing on multiple occasions a clear distaste for freedom and democracy.

The Ibero-American Group ECR EuroLat is born in opposition to this consensus. We are determined to bring down the dictatorships of narco-communism, both on American and European soil.

We want to generate networks and synergies for communication to reclaim the political territory that democratic and conservative forces have surrendered.

We want to recover public space for the message of freedom; and space in lower, middle, and higher education to form and transmit knowledge, putting an end neo-Marxist indoctrination, for it is neo-Marxism that stands opposed to freedom, democracy, the family unit, and the sanctity of life.

Now, there is a faction in the European Parliament that is as firmly anti-communist as anti-Nazi. As an integral part of our mandate, we hold dearly the venerated call of Vaclav Havel in the Prague Declaration of 2008.

He showed that we need to treat communism in the same way as Nazism, as an essentially criminal ideology, and a severe threat to our freedoms, rights, and security.

The ECR Eurolat Group also endorses the September 2019 Declaration of the European Parliament condemning Communism and Nazism, with all the determination and consequence that neither the EU institutions nor the parties of the social-democratic consensus are capable of showing.

The European Parliament remains dominated by those who identify as “anti-fascists” who, in reality, appear more devoted to undermining the democratic right while continuing to show their sympathies with the communists.

Particularly scandalous is the case of the European Union’s foreign service under the High Representative for Foreign and Security Policy, Josep Borrell. His office’s sympathies for leftist forces throughout Latin America is unacceptable.

For example, even the EU ambassador in Havana, Alberto Navarro, declared in public that there is no dictatorship in Cuba, then involving himself in propaganda in favour of the communist regime, as well as diverting subsidies intended for civil society to other governmental or semi-governmental organisations all loyal to the regime.

We will hold the EU accountable for its complicity with narco-communist regimes such as Cuba. We will support, as befits democracies, the defence of the values and rights that we enjoy and which are the right of every human being.

The ECR Eurolat Summit on June 15 marks a new era for relations between Europe and Ibero-America. Jorge Buxade, Professor Legutko, and the entire leadership of the Ibero-American Group with ECR MEPs Anna Fotyga, Carlo Fidanza, and Charlie Weimers will be taking part.

Santiago Abascal from Madrid will send his greetings and good wishes to the summit. In the afternoon, ways of cooperating in the interest of improving life on both continents through the political collaboration of conservative forces will be discussed; with panelists including Dutch conservative MP Derk-Jan Eppink, the Brazilian politician Eduardo Bolsonaro, Alejandro Chaufen from Argentina, and Jose Antonio Kast from Chile.

On Tuesday and Wednesday, the first panels will discuss trade agreements between the EU and Latin America, political and commercial opportunities, with Carlo Fidanza; the Argentinean mastermind Javier Milei; Luis Espinosa from Ecuador; Gabriel Calzada, the “Spaniard” in Guatemala; Maria Fernanda Cabal from Colombia and the head of the VOX parliamentary group, Ivan Espinosa de los Monteros.

Thursday will open with a panel on the leading opponents of freedom, democracy, peace, and prosperity in this terrible alliance created decades ago. In 2021, they make up a colossal international force that is the union of the communist, socialist and terrorist movements with the drug trafficking cartels.

This phenomenon of immense political significance has already reflected in Spanish domestic politics and, of course, in the international collaboration of all these forces against democracies under assault, such as Chile, Colombia, Ecuador, and Peru. Participants include the American analyst Mike Gonzalez, the Swedish Charlie Weimers, the Venezuelan Vlaldimir Petit, and the journalist Nitu Perez Osuna.

Finally, we have the honour of inviting Maria Corina Machado to the closing of the Summit, in addition to a video link with Giorgia Meloni, leader of Fratelli d’Italia, Italy and Santiago Abascal, leader of VOX, Spain. All panels will be presented and moderated by Spanish specialist on Ibero-American politics Carmen de Carlos.

The summit represents a milestone in Europe’s support of Ibero-American democracies. Never in Europe has there been such a coordinated effort with so many notable actors uniting in the name of democracy and against new totalitarian movements.

We are in the same fight, and our adversaries are very diverse and powerful, ranging from the corrupting mechanisms of the Chinese Communist Party, to the drug cartels and terrorists of the Colombian highlands.

No one will do it with more decisiveness and persuasion than the ECR Group. Of the parties active in the ECR Group, many are from countries that have suffered at the hands of a communist dictatorship after the Nazi occupation.

Together, we have far deeper historical memory than all the other European political forces. We are no longer talking about the left being complicit in Soviet tyranny, but about centrist and social democratic parties that have been possessed by the cultural hegemony of the left that absolves communism of its crimes and terrifying history.

Today, the problem that affects us goes far beyond memory. That is why this summit comes at a time of intense topicality of its issues. The penetration of narco-communist forces into state structures, institutions, education, culture, and academia in Spanish-speaking countries has reached an alarming level that threatens to choke any possibility of pluralistic debate.

Several Ibero-American countries are under serious threat, and their democracies are wavering in the face of violence and disinformation.

This summit will be the major annual event of the ECR Eurolat political action group, but there will be meetings, visits, missions, webinars, and other political and cultural activities throughout the year. We are determined to convene the subsequent summits in person, with the following event taking place in Spain’s capital with the Madrid Charter as the protagonist.

We welcome everyone to join this anti-communist campaign, as we work for the triumph of freedom and democracy in both Europe and Latin America.