The potential of Nudging to tackle biggest social challenges – How can we inspire more responsible behaviours? 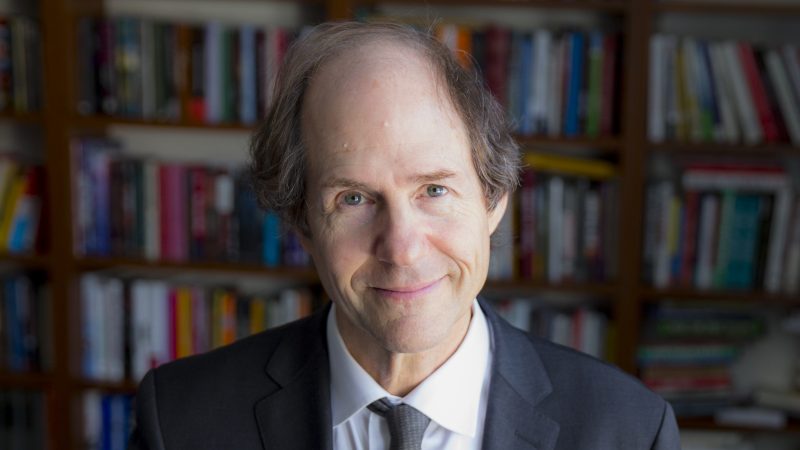 On the occasion of the launch of the new Competence Centre on Behavioural Insights, the European Commission invited the father of Nudge, Professor Cass Sunstein of Harvard University, to Brussels. But what exactly is a Nudge, why is this concept important, and how is it used by policy-makers and in the private sector? Who would be better placed than Sunstein himself to explain the growing importance of Behavioural Insights and the vital role of Nudges in policy-making and mainstreaming responsible behaviours.

Can we make major progress on the biggest social problems without imposing significant costs — and while allowing people the freedom to go their own way?

A quiet revolution in public policy, undertaken over the last decade, has given an unambiguous answer: Yes, absolutely.

The revolution highlights the role of “nudges,” defined as interventions and reforms that steer people in particular directions without requiring them to do anything. Companies nudge. So do governments.

A reminder is a nudge. A GPS device nudges. A warning is a nudge. A default rule, automatically enrolling people in a savings program or in green energy, is a nudge.

A well-designed hospital, city, or airport, enabling people to get where they want to go, is full of nudges. Many nudges have a simple goal, which is to make life easier for people to navigate. They achieve that goal because they draw on the most recent findings in behavioural economics and the behavioural sciences, which are rooted in an understanding of how people actually respond to reforms and interventions.

“Nudge units” of various sorts, often called “Behavioral Insights Teams,” can be found in an ever-growing number of nations, including the United Kingdom, France, Australia, Canada, Denmark, the United States, the Netherlands, Germany, Singapore, Japan, Peru, and Qatar. The World Bank has its own such units, and the United Nations is actively using behavioural insights to make progress on sustainable development goals.

Those teams are delivering. By making government more efficient and by improving safety and health, they are helping to save a lot of money and a lot of lives. And in most countries, they do not cause political controversy; people accept them across partisan lines.

One reason is simple: Nudges respect freedom. They treat people with respect. They allow people to go their own way.

Many nudges are self-consciously educative. They strengthen people’s capacity to exercise their own agency. Consider calorie labels; reminders that bills are due or that a doctor’s appointment is coming next week; or warnings about risks associated with certain medicines or chemicals. With information, reminders and warnings, people are in a far better position to choose their own way.

Like a GPS device, good nudges make life more navigable. That is indispensable for freedom.

Many people distrust governments, whether they subsidize, tax, mandate, forbid, or nudge. But because nudges do not compromise freedom of choice, they offer a safety valve against government error. Those who favour nudges are keenly alert to the possibility that public officials do not know everything, or that they may not always have the best motives.

For those who are concerned about the world’s largest challenges, it is tempting to think that nudges are mere “tweaks,” but that’s a mistake. By any measure, the consequences of some nudges are not properly described as modest.

As a result of automatic enrollment in free school meals programs — a little nudge — over fifteen million poor American children are now receiving free breakfast and lunch during the school year.

Also in the United States, recent credit card legislation, including information and reminders, is saving consumers more than $10 billion annually. Significant portions of those savings come from nudges and nudge-like interventions. Importantly, the savings are concentrated among people with poor credit ratings – and hence helping to combat economic inequality.

In Sweden, Vision Zero, using nudges and behavioural science, has been spectacularly successful in reducing deaths and injuries on the roads.

In both Denmark and the United Kingdom, automatic enrollment in pension programs has produced massive increases in participation rates. Those increases will enable people to have an easier time in retirement.

Far too many people continue to die from smoking, but in Australia, Canada, and elsewhere, nudges of various sorts – including graphic warnings — are saving a lot of lives.

All this is just the tip of the iceberg. New nudges, now in early stages or under discussion, could have a major impact on countless problems.

It is true, of course, that nudges cannot eliminate unemployment, economic stagnation, a lack of educational opportunity, environmental degradation, unemployment and corruption.

But here’s a phrase that is becoming increasingly popular inside well-functioning governments: “Better is good.” Denting the big problems counts as a major achievement.

Professor Cass Sunstein serves as Jury President for the 2019 International AIM Brands Nudging for Good Awards. AIM, the European Brands Association, started its AIM-NUDGE initiative in 2015, followed by the first Awards edition in 2017. The Awards’ objective is to promote the Nudging for Good concept among the branded consumer goods industry and at the same time showcase great nudge initiatives from AIM brands for inspiration. The second AIM Nudging for Good Awards contest is now running. The winners in the three categories Environmental Sustainability, Health & Well-being and Social Responsibility will be revealed during an Awards event in October 2019 in Brussels.

Together with Richard Thaler, Cass Sunstein invented the nudge concept. He is currently the Robert Walmsley University Professor at Harvard. He is also founder and director of the Programme on Behavioural Economics and Public Policy at Harvard Law School. From 2009 to 2012, he was Administrator of the White House Office of Information and Regulatory Affairs under the Presidency of Barack Obama. Cass Sunstein has testified before congressional committees on many subjects, and he has been involved in constitution-making and law reform activities in a number of nations. He is author of many books and hundreds of scholarly articles, including the prestigious bestseller Nudge: Improving Decisions about Health, Wealth, and Happiness, co-authored with Richard H. Thaler, winner of the Nobel Prize in Economics, in 2008.