The strange death of the French Republican party 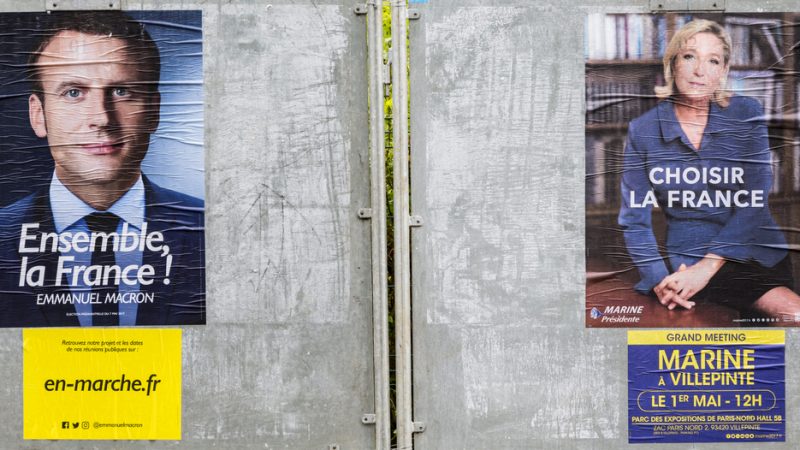 As expected, we have Macron vs Le Pen: round two. This year’s presidential runoff will be much closer than the 2017 version, though Macron is still a heavy favourite. [Shutterstock/Radu Razvan]

After the sound and fury, the first round of the French presidential elections delivered few surprises. As expected, we have Macron vs Le Pen: round two. This year’s presidential runoff will be much closer than the 2017 version, though Macron is still a heavy favourite. His main enemy is complacency and voter fatigue.

Yet just as significant is who won’t be contesting the runoff. The results for Republican candidate Valerie Pécresse and Socialist party candidate Anne Hidalgo were even more dismal than the pre-election polls had forecast. They took a fraction over 7% between them and were both below the 5% threshold for minimum reimbursement of campaign spending.

The slow decline of the centre-left and centre-right is a trend that has been repeated across much of Europe over the past decade but it is particularly pronounced in France. Ten years ago, Socialist candidate Francois Hollande defeated Republican Nikolas Sarkozy. Fast forward to the present, and the two parties who had previously dominated French politics throughout the Fifth Republic are now nothing more than minor fringe players, struggling to make themselves heard. They are both broken beyond repair.

Pécresse has already changed her mind on the second round. On Friday, the Republican candidate insisted that she would not encourage her supporters to vote for Macron in the second ballot; on Sunday, however, she did precisely that.

Third-placed candidate Jean Luc Mélenchon has urged his voters to “not give even one vote to Marine Le Pen”. That should give Macron a clear edge on 24 April.

Macron is about as centrist as a politician can be, and he has undoubtedly swallowed chunks of the old Socialist and Republican vote. Still, the two parties were already in terminal decline before he emerged, both out of ideas and their records in office too similar for voters to notice the difference. Both parties enthusiastically signed up to the austerity agenda adopted by the EU following the 2008 financial crisis.

Does this matter, especially since Macron is still the heavy favourite to win? But without mainstream parties, France is in the hands of populists of different shades.

Even if he wins on 24 April, Macron will be out of the Élysée Palace in five years. The question of who will succeed him will be on the agenda in less than that. Marine Le Pen, Jean Luc Mélenchon and Eric Zemmour, are all well placed, having taken more than 50% of the vote between them.

That points to a highly volatile parliamentary election in June. Will right-wing firebrand Eric Zemmour be able to translate his 7% into seats? Similarly, will Le Pen’s Rassemblement national, which still only has six members of the National Assembly, and Mélenchon’s La France Insoumise, which has 17, manage to convert their millions of votes into a decent number of elected representatives?

These are particularly turbulent times. Never mind petrol and home heating costs, who dares to guess what the price of bread and pasta will be in three or six months? Coming after a pandemic that has battered public and personal finances, whoever wins on 24 April will, almost certainly, be chronically unpopular in a year. France may avoid an extremist president this time, but for how long?