The Value of Europe is the Europe of Values 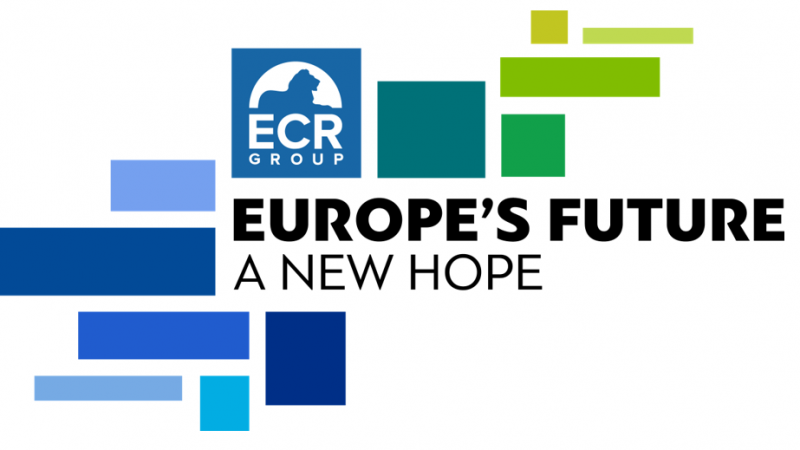 The future of Europe is the Europe of homelands. The future of Europe is the return to Christian values. At the beginning of a post-war Europe, the idea of a community based on true values sprouted on a continent stained with blood. The outstanding Prime Minister and Minister of Foreign Affairs of France Robert Schuman, one of the fathers of the Union and named as a great political visionary by his contemporaries, spoke with significance at the time: ‘European democracy will either be Christian or not at all.’ It is around this idea where the original process of European integration began. And Schuman was not alone on this road. We should also mention Alcide De Gasperi and Konrad Adenauer. Although they all came from different countries, they had one thing in common – unity based on shared zealous faith and commitment to the Christian values they put into practice. The future of Europe was to be built on these values. Hence from the very beginning, they focused on the presence of Christian symbols and values in public life, perhaps above all else in politics. All this for the peaceful development of a post-war Europe.

A perfect example of such actions is the European flag. These facts have been forgotten or deliberately kept silent due to the omnipresent political correctness imposed by left-liberal circles. The design of the European flag was negotiated from 1950-1955, requiring a lengthy process to reach an outcome. In total, 101 designs were submitted by artists and heraldists for consideration.  The Council of Europe, the first post-war organization for European integration, chose a circle of stars in 1953. The author of the project was Arsene Heitz from Alsace. As it went, Paul Levy, the director of the press service of the Council of Europe and in charge of the European flag selection, asked Heitz to create proposals. Heitz immediately thought of using the twelve stars known from the apparitions of Our Lady to St. Catherine Laboure in Paris (1830) and placed them on a Marian blue coloured background. Therefore, the European flag is in the intention of its creator, the banner of Christian values. In addition, the unanimous approval of the flag by the Committee of Ministers of the Council of Europe took place on 8th December 1955. Robert Schuman and Konrad Adenauer prayed together in the Strasbourg Cathedral in front of the statue of the Immaculate in a crown of twelve stars just before the voting in the Committee of Ministers. The Strasbourg cathedral was chosen to be the public building on which the European flag was hung for the first time on 21st October 1956.

That is how the European community began. And we can see what it looks like now. However, what the future of the Union will look like depends on whether Schuman’s expectation is fulfilled. Will we defend our values effectively, or will we be subjected to the dictates of the anti-Christian hysteria in Brussels, thus renouncing our own identity and traditions? If we want Europe as we have known it for two thousand years to survive, then Robert Schuman must once again become a model and example for politicians and voters. Three European politicians – Robert Schuman, Konrad Adenauer and Alcide de Gasperi – are examples of building Europe on Christian values. Despite criticism, Schuman remained faithful to his beliefs, saying openly that ‘the value of Europe is the Europe of values’.

The Union, dominated by an atheistic worldview, is combating Christian symbols today, which are, after all, inextricably associated with European civilization. We are losing Europe to passivity and silent consent. Europe is losing its soul. That is why we must fight for it both in the media and in politics. Too often, we see politicians standing by without action as the media attacks our Christian values. That is why we need a new quality of policymaking in our countries, deeply rooted in the values and patterns of the Schuman era.

The return to true European values, to Christian values that have been shaping our continent for two thousand years, is awaited in Europe. It is a thought, an idea and initiative of many environments in Europe. It is a movement that emerges before our own eyes and, with our joint participation, takes shape with defined dimensions. The European socio-political space, which includes our countries that constitute the modern European Community, needs a spiritual renewal, a return to its roots, to the values that have created and built our continent for thousands of years. A European home must be built on a foundation of Christian values if it is supposed to survive and face modern times’ challenges and withstand the threats it faces. Today, three powerful forces apply destructive instruments to destroy the true soul of Europe, i.e. the de-Christianization, atheization and neo-Islamization of the Old Continent.  These processes have been harnessed together into a liberal Marxist work, and they continue uninterrupted to this day. Their collective power is noticeable. The effects of their influence on our lives, both private and public, are deeply felt, especially in the European Union, where the muzzle of political correctness has become a tool to achieve political goals. The main goal of this modern so-called social engineering is a cynical, spread over time attempt to reverse the world of European values, where Christian values are to be replaced by the ideology of moral nihilism, pseudo-freedom, and epicurean hedonism. It should be emphasized that Europe is not at a crossroad, as many analysts have mistakenly concluded. The truth is that Europe is on the verge of collapse. Today, Christians, especially politicians who acknowledge their Christian-democratic legacy, face the challenge and the obligation to stop this harmful process. The solution is to effectively involve people with Christian values in all spheres of public life. This is the challenge faced by politicians who are aware of contemporary threats – returning to the roots of Europe.

There are many ways to implement this core idea. It is vital that they are linked, or even bound by joint actions across Europe, based on common values and a uniform ideological program. Hence, to restore the true face of Europe, it seems obvious to refer to building a Community based on the vision of Robert Schuman and Alcide de Gasperi, consisting of the universal, deep and courageous involvement of politicians with true European values. Only this way will we leave the cultural relativism that dominates today and manifests itself in the intrusive promotion of destructive ideologies. In this context, emphasis should be placed on the tasks of lawmakers. We need to stigmatize the pervasive false understanding of tolerance. We must prevent the introduction of further laws that will damage the lives of citizens under the guise of what is good for humanity and welfare. This is especially true for what should be achieved by fair means based on honesty between the rulers and the ruled ones, as repeated often by St. Pope John Paul II. The future of Europe depends on the values that we pass on to future generations because, as Robert Schuman said, ‘the value of Europe is the Europe of values’.

Join us in our next Conference in Vilnius, where we will be live on 2 June 2021 at 14:00 CET. Please find more information on our website: www.ecrthefuture.eu.