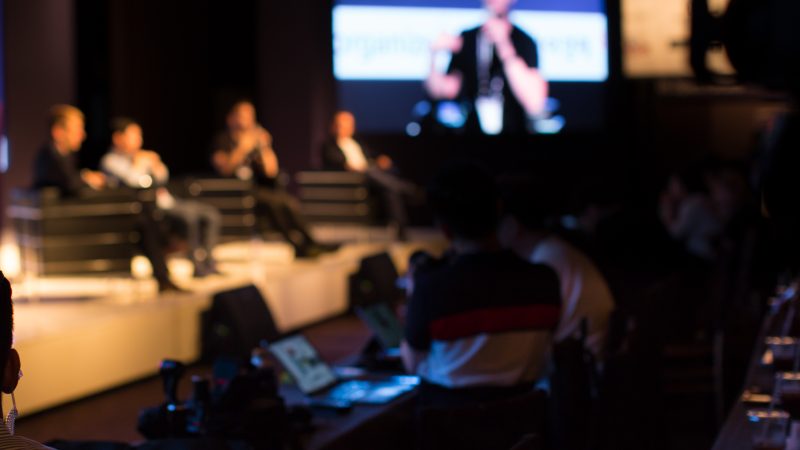 Think tanks play an important role in our democracies, in policy-making and in public opinion, but black sheep tarnish the reputation of the whole sector. Developing and adhering to ethical principles could be a step forward but this needs to be incentivised, through funding and capacity building, writes Fabian Zuleeg.

Fabian Zuleeg is the chief executive of the European Policy Centre.

In recent years, around the world, the role of policy influencers, including think tanks, has come into public focus.

More often than not, this has been triggered by a scandal, where an organisation has influenced policy through methods that have been ethically suspect, for example using private data without the consent of individuals, and/or covertly manipulating policy-making or democratic processes driven and financed by strong vested interests.

Acting ethically in a challenging environment

Ethical behaviour matters because think tanks can challenge policymakers to implement innovative solutions based on evidence, and respond to policy challenges quickly and innovatively, providing answers and recommendations that are easily integrated into policy processes.

However, if they act unethically, they can exercise a negative influence on democracy by deliberately manipulating policymaking and public opinion.

This has lead some to the conclusion that the activities of think tanks have to be curbed or at least more tightly regulated. But tarring all organisations in this sector with the same brush is counterproductive.

There is not even a clear definition of what a think tank is; any organisation can choose to use this label. Undoubtedly, there are black sheep but misbehaviour is difficult to expose as much of think tank activity takes place behind closed doors, with its impact routinely not being publicly visible.

Blanket actions will often only be effective for a self-selecting proportion of the sector, which is already behaving ethically.

The challenge for them is that the business case for acting ethically is questionable: at best, following an ethical research framework only provides marginal benefits (e.g. potentially better access to public research funding), but at worst, it can be a competitive disadvantage if there is no significant sanctioning of misbehaviour.

This has to be seen in the context of strong financial pressures on think tanks, with the COVID-19 crisis complicating things further as funding for think tanks will take a hit.

An ethical framework for think tanks

To have any chance of being implemented, any ethical framework must be adapted to this environment. It must start from the recognition that independence (or intellectual autonomy) lies at the heart of think tank credibility and legitimacy.

To achieve this, think tanks must have diversity of funding, credible governance structures and be transparent about their operations, as well as acting as a bridge between a wide range of actors in the policy process and be vigilant to equality and diversity concerns.

The European Commission-financed project PRO-RES (Promoting Ethics and Integrity in Non-Medical Research (https://prores-project.eu/) is working on creating an ethical research framework that applies to both academic and non-academic research.

At the core of this project is the Accord, which is a statement of broad principles that organisations can sign up to, including a commitment to only use research that is undertaken ethically. It recognises that high-quality research is a pre-condition for evidence-based policy-making.

But an ethical framework cannot simply be imposed top-down. It should be developed by the sector itself, and adhering to such a framework must be incentivised rather than mandated. It should reward those organisations that stick to the rules while creating disadvantages for the black sheep.

The establishment of a ‘European Alliance of Independent Think Tanks’ could be an important step, building on the growing recognition of leading think tanks that unless they take collective action their reputation risks being damaged by the black sheep.

Such an Alliance could lobby on behalf of the think tank sector, for funding but also to protect think tanks from commercial or governmental interference. It could provide information on the think tank sector across Europe and within different countries, as well as potentially develop a methodology for ranking a think tank’s impact.

It could provide a forum for exchanging experiences and developing joint activities and common networks. It could help support the transnationalisation of think tanks, particularly the creation of a network with an independent identity.

The Alliance could also develop projects of scale which require cross-border think tank cooperation, for instance, on the future of European democracy.

In addition, it could develop an independent hallmark/quality label for think tanks adhering to ethical principles, as well as to build capacity through training and targeted support. The next MFF should provide the funding to underpin such an Alliance.

If ‘good behaviour’ is turned into a marketing tool and incentivised through conditional funding and public scrutiny, it could become a competitive advantage for those think tanks that are committed to such principles.

This would be of benefit to these think tanks but, more importantly, it would help to strengthen the analysis and advice the policy-making process relies on.