​​Austria says its Olympic boycott is not political 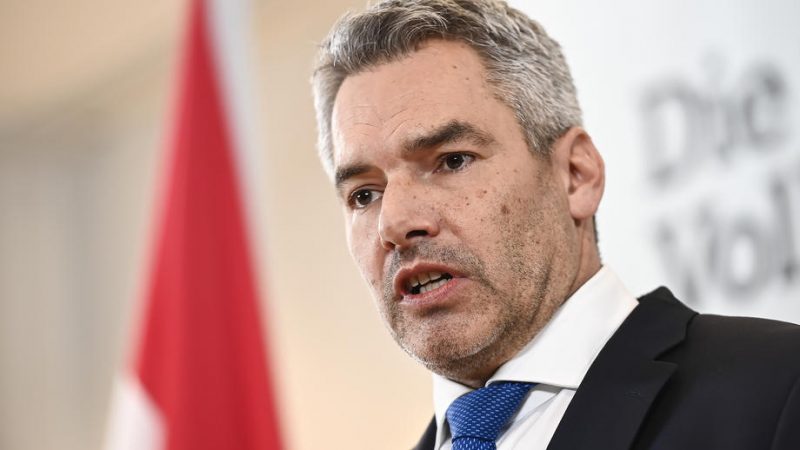 “I spoke yesterday with Ukrainian President Zelenskyy on the phone”, said Nehammer on Tuesday. “We discussed that I will travel to Ukraine to get an idea of the situation on the ground and talk about further assistance,” he added. [EPA-EFE / CHRISTIAN BRUNA]

Austria opposes a political boycott and “politicisation of the games,” said Chancellor Karl Nehammer, even though no high-ranking Austrian politicians will travel to China to attend the Winter games because of the COVID-19 situation.

“This is not a diplomatic protest or boycott, but only due to the fact that the COVID-19 requirements are high in China,” he told die Welt on Tuesday.

Austria made it clear that it was against political boycotting the Winter Olympic games during Monday’s EU foreign ministers meeting.

“We have a very clear stance when it comes to the human rights situation in China. However, I don’t think it is reasonable to artificially let the Olympic games become a political event,” Foreign Minister Alexander Schallenberg said ahead of the meeting.

The US announced last week that it would boycott the winter games in Beijing. Canada and the UK have already followed suit and will not send any government representatives to this year’s games.

While EU foreign ministers agreed on Monday that the bloc would take a common approach on the winter games, member states are still divided on what it will be.

China is accused of serious human rights violations on a range of matters, including its treatment of Uyghurs and the repression of democratic movements in Hong Kong and Taiwan.