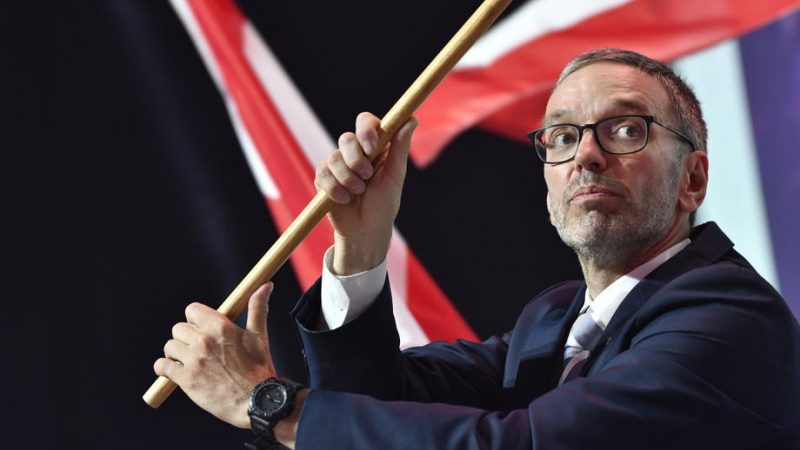 The Austrian Jewish Student Union has sued Herbert Kickl, party leader of the far-right FPÖ, for allegedly making anti-Semitic statements during an interview with the Austrian national broadcaster ORF.

According to the Jewish Student Union, Kickl has trivialised the Shoah by not distancing himself from anti-Semitic incidences during COVID-19 protests. During these demonstrations, many protesters compare the current measures with the extermination of the Jews during the Second World War.

The wearing of the Star of David and slogans like “we are the new jews” have become common during regularly occurring protests in several Austrian cities.

Furthermore, he claimed that “national socialism didn’t start with a world war and with extermination camps but with the systematic exclusion of people” and that the comparison with the Holocaust during the COVID-19 protest would point to the same “scapegoat policy.”

His statements have also sparked criticism from the Austrian Jewish community (IKG). Its president, Oskar Deutsch called Kickl’s statements “repulsive and anti-Semitic” and added that the FPÖ is “demasking itself” as being the “political arm” of national socialist thinking.