​​Chancellor Kurz under investigation over bribery 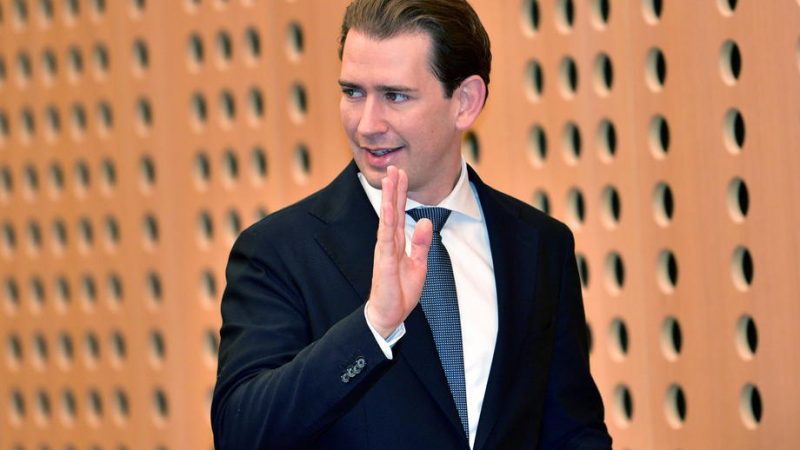 The Prosecutor’s Office for Economic Affairs and Corruption (WKStA) started investigations against Austrian Chancellor Sebastian Kurz and nine other people who belong to his inner circle over bribery allegations, breach of trust, and corruption.

On Wednesday, the anti-corruption authorities raided the party headquarters of the conservative ÖVP, the finance ministry, and the chancellery to find further evidence of the alleged misconduct. The suspects include the aids of Kurz as well as the operator of one of the biggest tabloid media.

Kurz himself is under investigation by the prosecution over a breach of trust and complicity in bribery.

The accusations date back to 2016, when Kurz was still foreign minister. According to the prosecution, the Finance Ministry used tax money to pay for polling that painted Kurz in a favourable light.

Furthermore, the anti-corruption authorities suspect that one of Austria’s biggest tabloid media received over €1 million in advertising money in return for favourable media coverage for Kurz.

Kurz denied the accusations. “I don’t understand why I am always supposed to be responsible for every wrongdoing,” he said during an interview with ORF.

The ÖVP itself has tried to turn the tables and blamed the anti-corruption authorities for intentionally attempting to damage the reputation of the conservative party. ÖVP faction leader August Wöginger said that they would fight the “myriad of false claims” with every political and legal means at their disposal.

The opposition parties called for a special parliamentary session and urged Kurz to resign.

The Greens, who are in a governing coalition with the ÖVP, remained cautious on the matter. “I have the fullest trust in the judiciary,” Green faction leader Sigrid Maurer said in a statement.