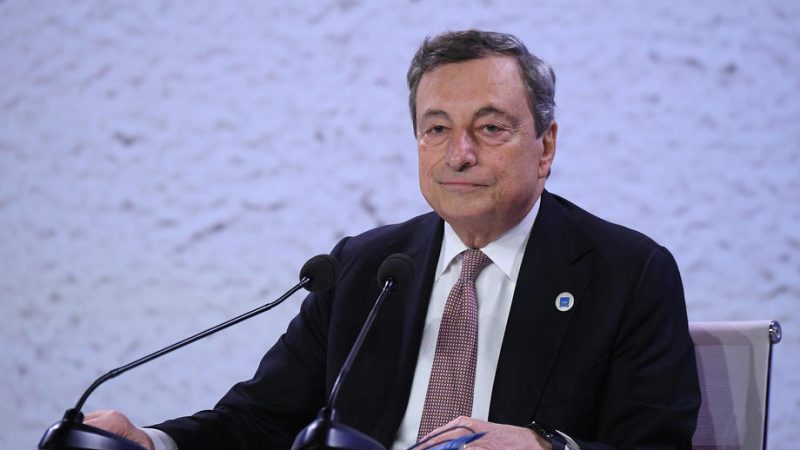 “Italy supports the ambitions to vaccinate 70% of the global population against COVID-19 within the first half of 2022”, Prime Minister Mario Draghi said Tuesday. [EPA-EFE / ETTORE FERRARI]

“Italy supports the ambitions to vaccinate 70% of the global population against COVID-19 within the first half of 2022”, Prime Minister Mario Draghi said Tuesday at the annual meeting of Italian ambassadors across the world.

According to Draghi, Italy can lead this ambition after the successful hosting of the G20. “Italy is more influential, credible and stronger in foreign policy,” he added, a reference to the two meetings he recently held with French and German leaders to improve international coordination with both countries.

“On a bilateral level, I remind you of the Quirinale treaty, which we signed on 26 November. It represents a historical moment in Italian-French relations, And I also remind you of the action plan started with Germany, which aims for better coordination between us and them,” he said.

Draghi believes that efficiently spending the national recovery and resilience plan (NRRP) is crucial. “With the NRRP and other loans, we had €235 billion to spend in the next five years,” he said.

At the end of his speech, he also mentioned Italy’s position on the situation in Libya.

“In Libya, we must continue with our efforts to fully stabilise the country, following the path laid out by the United Nations. It is a process that must remain Libyan-led. But the international community must support and accompany it. Despite the postponement of the vote to 24 December, it is important that there are free, credible, and inclusive elections as soon as possible, which can unite the country and lead to lasting peace,” Italy’s PM also said.