2022 GDP may be above government’s expectations of 5.5% – finance minister 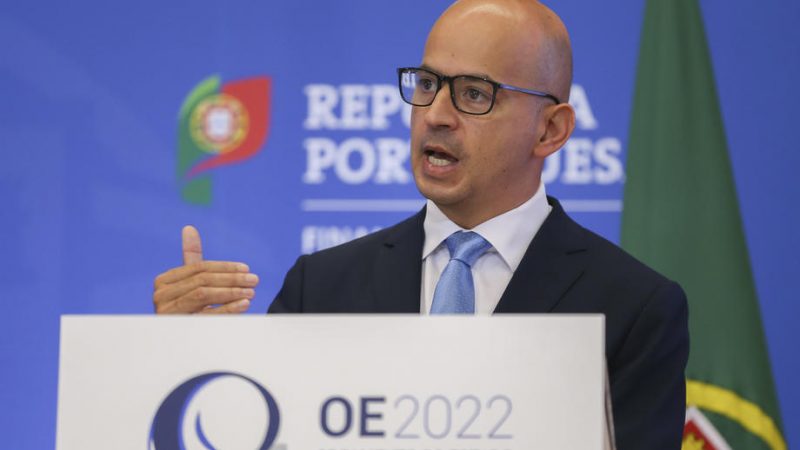 Economic recovery in Portugal “has been so strong” that the gross domestic product (GDP) may grow in 2022 above the government’s own expectations, of 5.5%, said Finance Minister João Leão on Monday (6 December).

Speaking at the entrance to the last meeting of the year of eurozone finance ministers (Eurogroup), Leão said that “expectations are positive” and recalled that, “just last week, the OECD put Portugal to grow 5.8% next year, above the government’s expectations,” and noted that the latest indicators allow us to predict growth that is as strong or stronger than the figure projected by the government in October.

“We know that in other countries, in central Europe and even here in the Netherlands and Belgium, they have had to take more restrictive measures [due to the pandemic] than in Portugal. In Portugal, at the moment, we don’t see the need to take those measures and, in that sense, we consider that growth can be above what the government forecasts for next year,” he said.

“At this moment, the recovery has been so strong in recent months that we understand that there is room to grow as much or more than the Government predicted,” he reinforced.

He stressed, however, that one is living “a context of uncertainty”, so one must “have the humility to realise that the pandemic may surprise” and “lead to more significant impacts especially in Europe which end up affecting Portugal”.

“But, at this moment, the most recent indicators we have are indicators of a strong recovery in Portugal, even more than we had two months ago when we presented the State Budget [for next year, since rejected in Parliament], and that allow us to anticipate growth equal to or above the 5.5 per cent that we forecast for 2022,” he said.

For 2021, the minister said that the most recent indicators showed that the growth target of 4.8 per cent, which the government had set, would be met.

The finance minister added that developments are also positive in the labour market, stressing that “the unemployment rate is falling faster than expected by the government,” and this year should be below the forecast of 6.8 per cent.