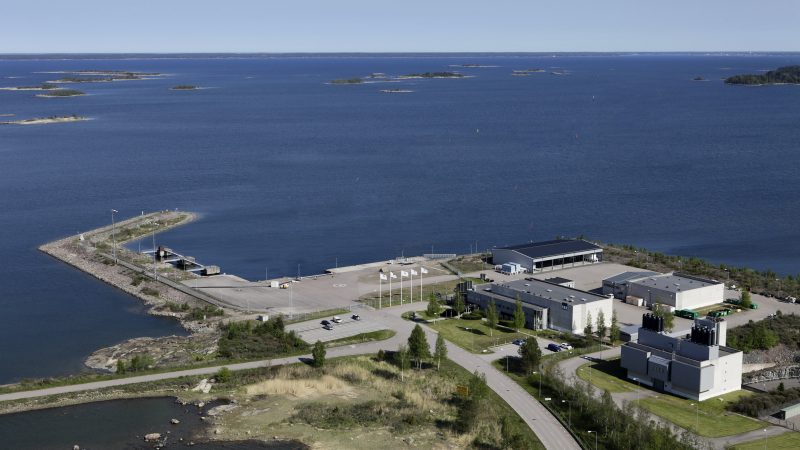 Photomontage of the Nuclear Fuel Repository in Söderviken in Forsmark, above ground, viewed from the west.

**This article has been updated with an accurate depiction of the facility and information to its set-up.

A stock control inspection has revealed that about 2,800 barrels of radioactive waste partly originating from the healthcare and defence industries may have been handled carelessly, Swedish Television (SVT) reported.

The barrels are reportedly stored incorrectly in a repository for short-lived, low and intermediate level waste 60 metres below the bottom of the Baltic Sea in Forsmark, where one of Sweden’s seven nuclear plants is situated.

The bloc is comprised of four 160-meter long rock vaults and a chamber in the bedrock with a 50-meter high concrete silo.

According to the Swedish media reports, the barrels, dating from the 1970s and 1980s, are said to be of no danger at the moment but may pose a risk in the future if not taken care of and repositioned properly.

Nuclear power is a sensitive issue in Sweden. The government has ordered a comprehensive investigation to be carried out without a delay.

Swedish Environment and Climate Minister Per Bolund of the Green party told SVT the issue had been handled “irresponsibly.”

Peter Selting from the Swedish Nuclear Fuel Management said that there are no indications that more nuclear waste existed in similar circumstances.

The government will now have to make decisions on the financial costs of inspecting and restoring the waste and how it will be handled in the future.