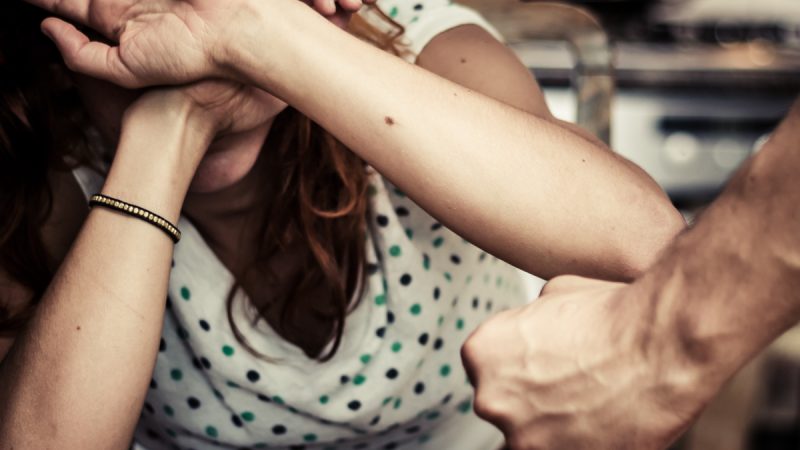 Albania saw a 13% increase in murders during 2021, with almost a third being women or girls being killed by their partner, ex-partner, or a family member. [Shutterstock / Lolostock]

Albania saw a 13% increase in murders during 2021, with almost a third being women or girls being killed by their partner, ex-partner, or a family member.

Domestic violence remains a significant issue for the EU-hopeful, with over 50% of women and girls experiencing at least one form of domestic violence during their lifetime. According to the World Health Organisation, this is above the global average of 30%.

A senior police official released the data on homicides at the end of 2021. It found that most of those murdered by a family member or intimate partner had taken out protection orders against their assailant. This highlights another issue with a lack of enforcement for such orders.

On average, an Albanian woman was killed every three weeks in Albania during 2021. Thousands more reported assault, stalking, and other forms of abusive behaviour to the police.

While data for 2021 has not yet been made available, in 2020, 12 cases of domestic violence were reported each day. From this, the police only prosecuted 13% of cases, and no data was available on the number that was convicted.

Asides from the concerning murder rate, a recent UN Women survey found that a third of Albanian women feel unsafe in their own homes due to domestic violence. Some 53% said they had experienced violence, and 80% said they thought the risk had increased since the start of the pandemic.

Meanwhile, the vast majority of domestic violence incidents remain unreported due to the victim’s fear of reprisals or a lack of trust in police authorities. Domestic violence is also a driver of many asylum applications in the EU and UK from women fleeing abusive partners.

In terms of all murders committed in Albania, another 30% were attributed to Mafia-like killings involving those with links to criminal groups.

“We continue to remain a country where much of what happens is because of weak motives and ongoing quarrel. A certain category is murders with organised crime in the background,” said Tonin Vocaj, Director for the Department for Criminal Police.

“The fight against serious crimes, detection, documentation and bringing to justice the perpetrators who commit criminal murders in Albania will remain an important challenge for the police for 2022,” she added.