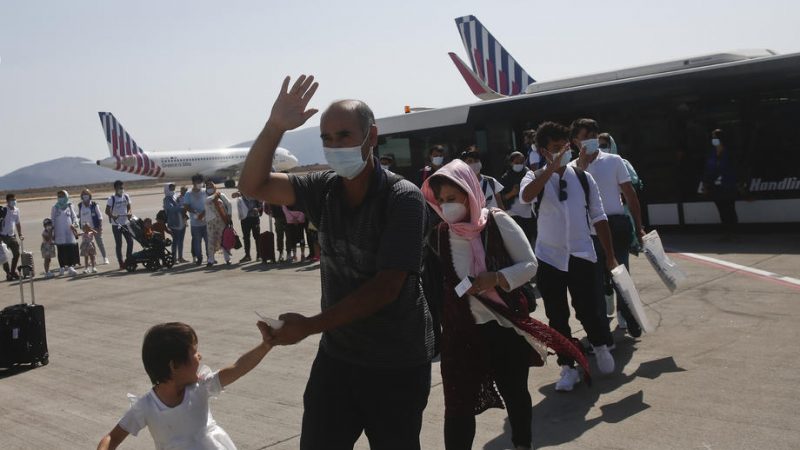 North Macedonia’s government said the 35 had been transported Thursday to Greece, the latest European Union country to take in Afghan refugees from Skopje. [EPA-EFE / YANNIS KOLESIDIS]

Greece has agreed to shelter a group of 35 Afghan human rights workers and their families following a short stay in neighbouring North Macedonia, AP reported.

North Macedonia’s government said the 35 had been transported Thursday to Greece, the latest European Union country, to take Afghan refugees from Skopje. Ireland and France took in a total of 37 evacuees from North Macedonia over the past week.

Several hundred Afghans have been allowed to stay in North Macedonia until more permanent arrangements can be made. The evacuees include human rights group staff, translators, university students, scholarship holders, and their families, who are considered under threat from the new Taliban regime.

Greece has already agreed to host a group of female Afghan judges and former members of parliament.