46 killed in unprecedented bus crash on a highway in Bulgaria 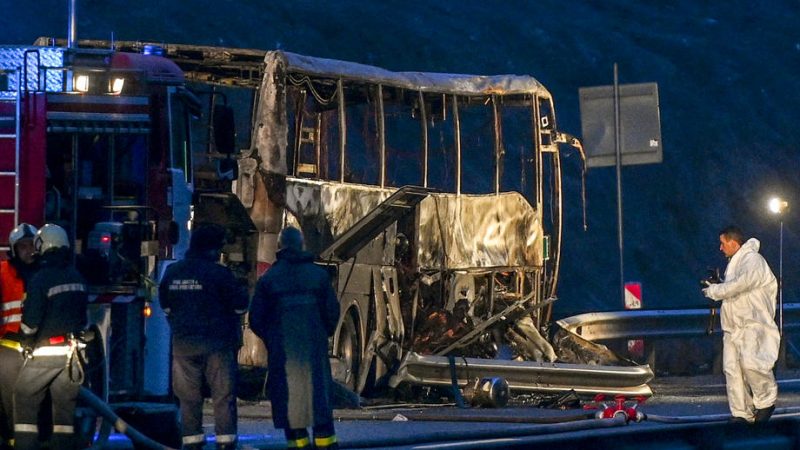 “A human tragedy of unprecedented magnitude” – this is how Bulgarian officials described the bus crash on the road from Sofia to Skopje. [EPA-EFE / VASSIL DONEV]

“A human tragedy of unprecedented magnitude” – this is how Bulgarian officials described the bus crash on the road from Sofia to Skopje, in which 46 died and seven were taken to hospital.

The accident occurred around 3 a.m. on Tuesday and the bus almost completely burned. In the morning, Bulgaria PM Stefan Yanev and many officials were at the site of the tragedy. The deputy prosecutor general Borislav Sarafov said the bodies had burned beyond recognition.

Twelve children are reportedly among the dead. Reporters quoted one survivor as saying that all passengers were North Macedonia citizens, and only one was Bulgarian.

The road is completely blocked for the needs of the investigation. The interior minister Boyko Rashkov said there are many versions for the reasons of the crash – the driver falling asleep, or a fire erupting before the crash. It is assumed that the driver died first and was unable to open the doors.