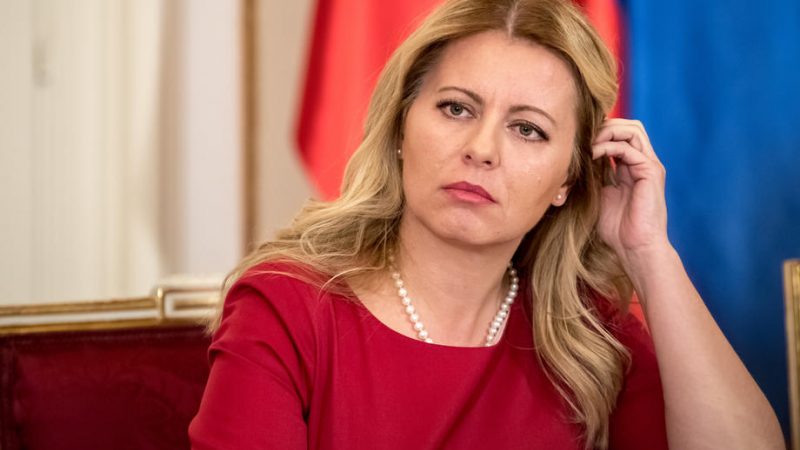 The petition was initiated by opposition parties Smer, Hlas and nationalist SNS that had constituted the government up until February of last year.  [EPA-EFE/MARTIN DIVISEK]

More than 600,000 signatures calling for early elections were handed to Slovak President Zuzana Čaputová Monday, though many constitutional lawyers in the country consider the move to be unconstitutional.

The petition was initiated by opposition parties Smer, Hlas and nationalist SNS that had constituted the government up until February of last year.

Once signatures are verified, the president shall call a referendum within 30 days of their submission. However, Justice Minister Mária Kolíková, as well as a number of prominent constitutional lawyers consider the referendum to be contrary to the principles of the rule of law, recommending Čaputová to turn to the constitutional court.

If the president were to turn to the constitutional court for a referendum, the court should decide within 60 days and the referendum should be carried out no later than 90 days following its announcement.

The referendum’s question will ask Slovaks whether they agree to shorten the eighth term of the National Council so that the new parliamentary elections are held within 180 days of announcing the results of the referendum.

At least 350,000 signatures from citizens are needed to call a referendum in Slovakia. “This is the fastest collected civil petition in the history of Slovakia, as such a large number of signatures was collected in 11 weeks, despite strict pandemic measures,” said Ervín Erdélyi, chairman of the Committee on Petitions.

The last general elections in Slovakia were held in February of last year and the winning coalition of four parties set up the government led by now-former Prime Minister Igor Matovič.

However, after mismanagement of the COVID-19 crisis came to a head after Matovič’s unilateral decision to purchase the Sputnik V vaccine from Russia, saw him replaced by his party colleague, Eduard Heger, who has been leading the rearranged government since 1 April.