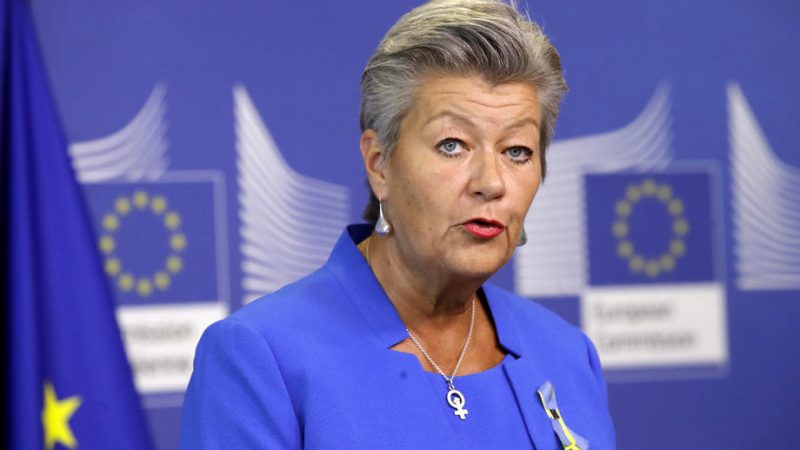 “This is not just about Sweden. This concerns six countries,” Johansson said, referring to a new case of the European Court of Justice involving Austrian border checks. [EPA-EFE/OLIVIER HOSLET]

Border controls between Denmark and Sweden in Malmö, Helsingborg, Trelleborg, and Ystad were introduced in the wake of the 2015 refugee crisis for Sweden to control refugee flows. Despite being a temporary measure, they have been extended every six months since.

According to Johansson, this goes against a rule that internal border controls can last a maximum of six months.

“In my view, it does not work for Sweden to continue with internal border controls on the same grounds as they were once introduced. There must be a change here,” she said to Sydsvenskan on Tuesday.

Johansson, a member of the Social Democrat party that ruled Sweden from 2014 until the recent September elections, was criticised for raising the issue of border controls because a right-wing government is about to take office.

“This is not just about Sweden. This concerns six countries,” she said, referring to a new case of the European Court of Justice involving Austrian border checks.

“We have a rather recent Austrian court case in which the Court of Justice is clear with the outcome. Border controls can last for a maximum of six months; they cannot be in force for longer,” Johansson said.

Contacted by EURACTIV, the Commissioner’s office added that Johansson “will contact the minister responsible for borders when the new Government is in place, as she has been with the former responsible minister,” Mikael Damberg.

According to Johansson, the EU must protect its external borders with thorough security checks.