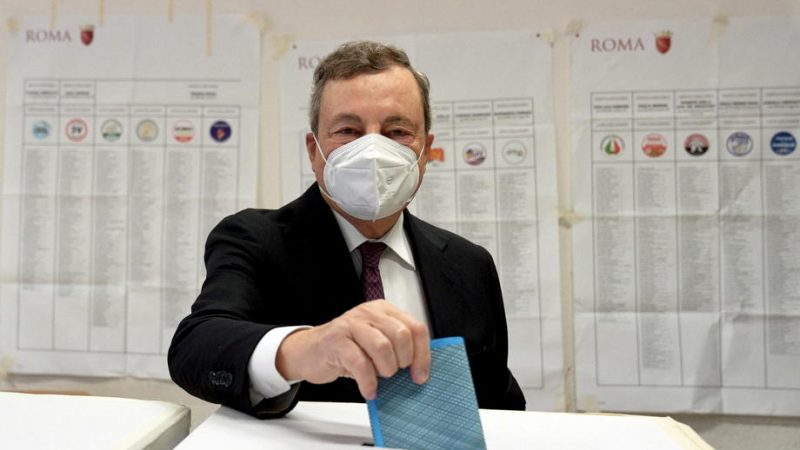 Over a thousand municipalities headed to the polls on Sunday and Monday to elect their new mayors and city council. [EPA-EFE / Chigi Palace Press Office]

The overall turnout in the municipal elections held on Sunday and Monday in Italy was 54.69%, a 7.44% drop compared to the elections in 2016.

Over a thousand municipalities headed to the polls on Sunday and Monday to elect their new mayors and city council. Citizens in Calabria also voted for their new regional governor.

The low turnout is likely linked to the poor quality of what politicians in the race had to offer. The COVID-19 debate also appears to have played an important role in diverting public attention from the election. This raises questions about democratic participation in the country and the health of democracy more generally.

While the anti-establishment Five Star Movement, the centre-right Forza Italia and Matteo Salvini’s far-right League party did poorly this time around, the far-right Brothers of Italy and the Democratic Party (PD) performed relatively well.

The anti-establishment Five Star Movement lost both Turin and Rome, disappeared in Milan and only retained their votes in Naples as part of the winning centre-left coalition under new mayor Gaetano Manfredi.

The centre-right Forza Italia, while winning Calabria, collapsed in Milan (from 20% to 7%), and fell in Bologna, Naples, Rome and Turin.

Giorgia Meloni’s far-right Brothers of Italy, on the other hand, made gains in almost every municipality, losing traction only in Calabria, where it fell from 10.85% to 8.7%.

The Democratic Party (PD) also did well. Aside from making the runoffs in Rome and Turin, it won Milan, Bologna and Naples in the first round and won two additional MP spots in Siena and Rome. The forces to the left of the PD fared poorly on the national scale, with the exception of the Greens in Milan.

The results of the municipal elections could affect the current political balance in Italy. The Five Star Movement’s poor performance leaves it no other choice but to form an alliance with PD and thus support the government led by Prime Minister Mario Draghi. Brothers of Italy would benefit from early elections, which could happen sooner than expected if Draghi is elected president and calls for new elections.