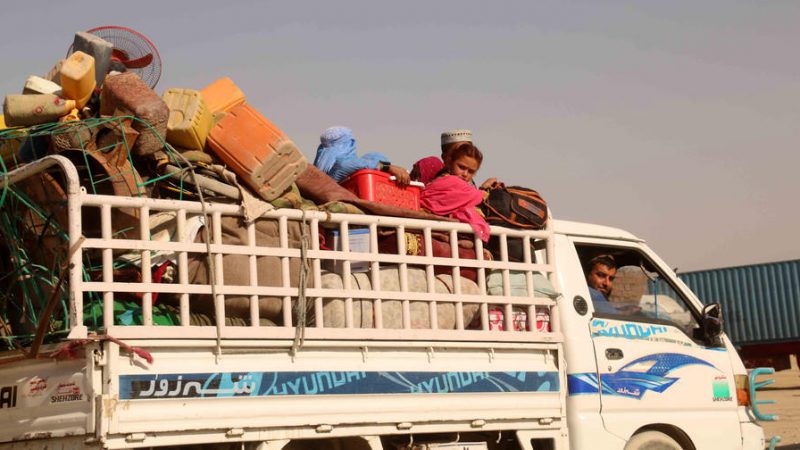 “The UN and the international community must not stand back in light of the alarming developments in Afghanistan,” Kurz said in a statement [EPA-EFE/ AKHTER GULFMAN]

The Austrian government launched two events in Washington and Vienna on Tuesday to discuss the humanitarian situation in Afghanistan and potential challenges concerning migration and security.

The first event was organised by Chancellor Sebastian Kurz and Foreign Minister Alexander Schallenberg in Washington, where the UN General Assembly is currently meeting. The round table was attended by the heads of states and foreign ministers of several countries, like Denmark, Qatar, Tadzhikistan, Kazakhstan and Greece, to discuss the ongoing humanitarian crisis in Afghanistan.

“The UN and the international community must not stand back in light of the alarming developments in Afghanistan,” Kurz said in a statement ahead of the meeting, adding that more must be done to ensure human and women rights are upheld in Afghanistan.

At the same time, Interior Minister Karl Nehammer launched an EU workshop with the European Commission in Vienna to discuss the current situation in Afghanistan and its implications for the security environment in the region, as well as its effects on migration.

“The goal is to help on the ground and to prevent negative effects for Austria and the EU,” Nehammer said in a press statement.

The workshop will be attended by “interested and committed” EU member states and other relevant partners, like the UNHCR or the International Organisation for Migration, the interior ministry said in a statement.

Nehammer hopes his initiative will lead to a faster implementation of the Afghanistan declaration of EU interior ministers that was adopted on 31 August to prevent migration flows to Europe and a repeat of the 2015 refugee crisis.

The two events represent Austria’s two-pronged approach to Afghanistan: While Austria pushes for more humanitarian commitment in the region, it also puts the prevention of potential migration flows to the EU at the top of its agenda.