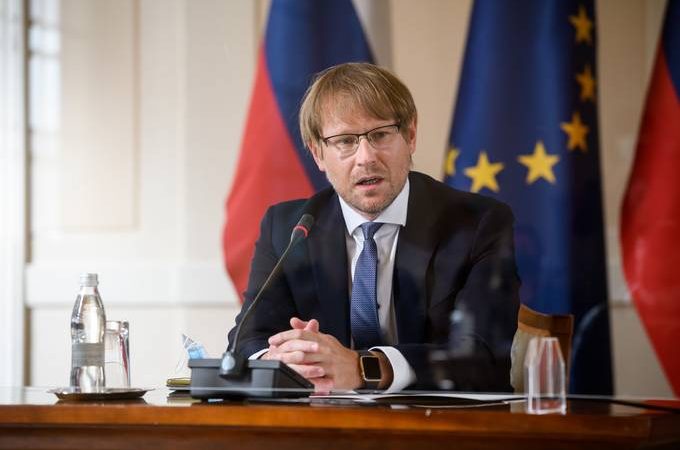 Author and professor Anže Erbežnik has voiced harsh criticism of the justice ministry and of his former boss in a letter released after he resigned as a state secretary, saying it had been impossible to work in a way that respected EU law, the rule of law and human rights.

The professor said the ministry was “trying to cover up for its own mistakes” in the non-appointment of Slovenia’s two members of the European Public Prosecutors’ Office (EPPO), including by censoring legal explanations to the media and other stakeholders.

“This prevents appropriate communication and the resolution of the issue of the prosecutors in a lawful and amicable way, without a legal dispute” and has put the ministry’s other responsibilities on the back burner.

Erbežnik has also accused Justice Minister Marjan Dikaučič of lacking a basic command of EU law. “I believe it is utterly irresponsible if the minister is leading demanding criminal law negotiations that deal directly with cross-border sharing of sensitive electronic information, without having a basic knowledge of such a complex instrument and not knowing about the basics of EU criminal justice,” he said.

The minister retorted, saying the claims were fabricated and “say more about the author”, adding that the former state secretary, more interested in self-promotion than the reputation of the ministry, appears not to have accepted the fact that the minister is in charge of the ministry.

Erbežnik joined the ministry after Dikaučič took over from a minister who resigned due to the government’s refusal to appoint Slovenia’s delegated prosecutors. After months of delays, the government has recently issued a new open call for delegated prosecutors, but the Prosecutors’ Council, which has a decisive role in the procedure, has indicated it would not get involved, effectively blocking the new procedure.

The two prosecutors whose appointment the government refused to endorse have taken their case to court.