Against the EU ETS, Poland threatens to veto ‘Fit for 55’ 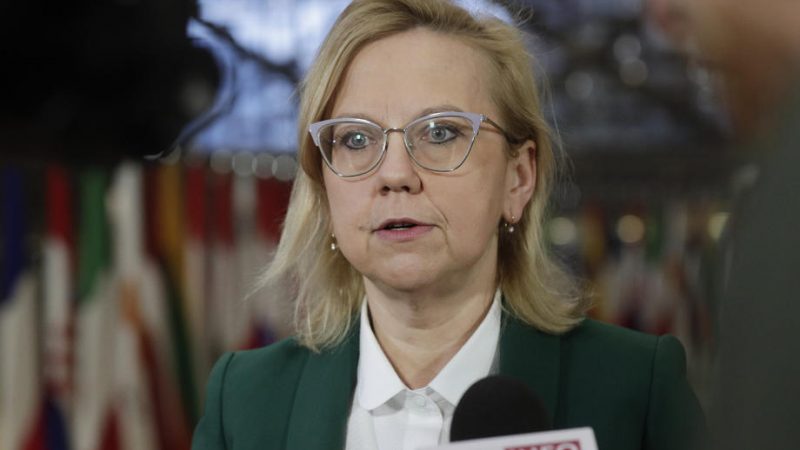 Polish Minister of Climate and Environment Anna Moskwa speaks to the media at the start of European Transport and Energy council in Brussels, Belgium, 02 December 2021. [EPA-EFE / OLIVIER HOSLET]

Poland’s government “will take necessary legal steps” to block the elements of the Fit for 55 package “that would be incompatible with the nation’s interest and just transition,” said Climate and Environment Minister Anna Moskwa at Thursday’s press conference in Brussels.

Because of its high dependence on coal, Poland will find the green transition more complex than most other EU countries. One of the issues Poland will fight for is “recognition of gas and nuclear as the element of just transition,” Moskwa announced, stressing that “Polish [energy] transition will not be possible without gas investments.”

Yet, the element Poland’s government contests the most is the ETS system, which the minister called “a sickness” and said “discourages [the countries] from transition”. He said it “influences the high energy prices, hitting citizens and households.”

Poland previously warned that it might withdraw from the ETS unless the EU changes the scheme.

However, as Moskwa admitted, Poland has struggled to find allies on this issue, even if, as EURACTIV reported earlier this week, the Czech Republic said it would back neighbouring countries.

“We attempt to block the extension of the ETS to other sectors, like transport and construction. In this field, we find a broader understanding among the EU countries that do not want the ETS without any changes or deeper reflection to be extended for new sectors,” Moskwa added.