Albania headed for labour market crisis due to youth emigration 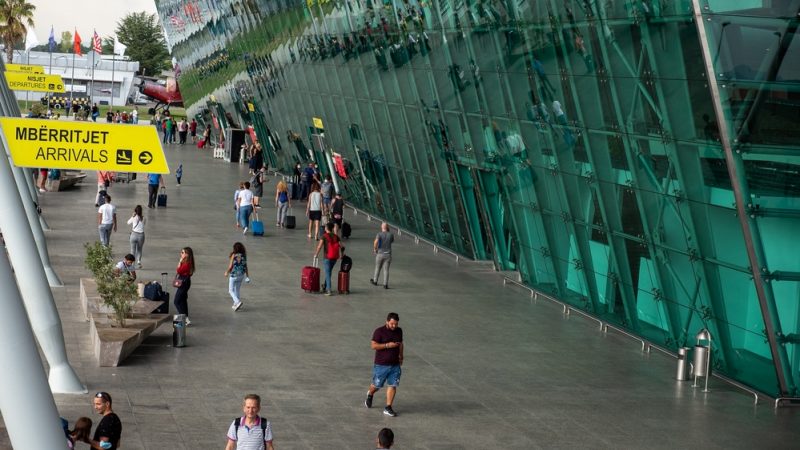 Albania is in the midst of a demographic crisis as tens of thousands of people leave every year, and the population that remains is plagued by ageing and a decreasing birth rate. As many as 42,000 people emigrate annually. [Shutterstock/Chenkaliuk Bogdan]

High emigration from Albania is creating a concerning situation in terms of the local labour market with shortages in key sectors to be apparent by 2030, according to a new report.

Albania is in the midst of a demographic crisis as tens of thousands of people leave every year, and the population that remains is plagued by ageing and a decreasing birth rate. As many as 42,000 people emigrate annually.

The study carried out by the European Training Foundation notes that countries in the Western Balkans, in particular Albania, will face an intensifying labour crisis caused by the emigration of young people.

It found that, between 2020 and 2030, the baseline scenario shows Albania, North Macedonia and Serbia will face labour shortages in lower, secondary, senior, and professional skill groups. Bosnia and Herzegovina will face significant shortages, mainly in lower and secondary and will not struggle as much with the loss of those with higher levels of education.

Montenegro will experience a shortage of lower or secondary level workers but will have an over-supply of highly educated workers.

The report raises concerns that the loss of workers of every skill level will generate significant shortages within the Albanian market. This, in turn, can lead to hesitance from foreign investors who may think twice about establishing a business there.

In Albania, the situation is particularly pronounced as the study reported that as much as 40% of those with higher education, including teachers and academic staff, have emigrated.

Furthermore, there has been a shortage of employees in manufacturing over the last few years, particularly in clothing and textile factories.

Out of those who have emigrated from Albania in the last two years, 15,000 were aged between 20 to 24, three times higher than other age groups. The unemployment rate in Albania for 2020 stood at 11.7%.