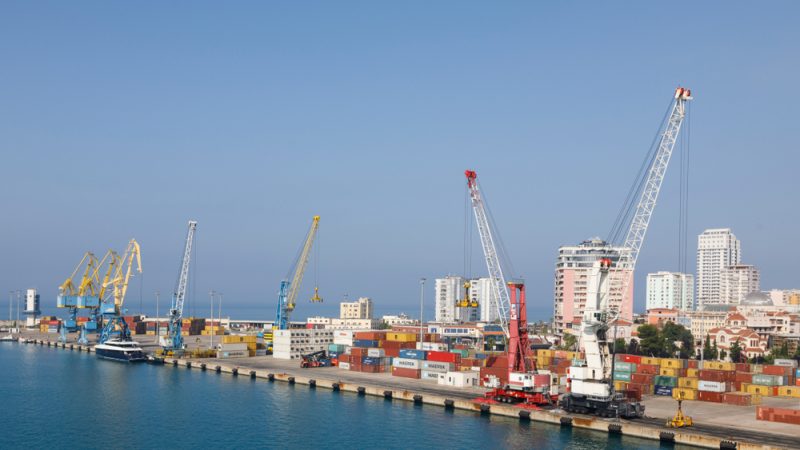 Data from the country’s statistics agency show that imports in March from Ukraine totalled €10.86 million, an increase of 91% compared with the same month in 2021. As for quantity, the increase was even more significant, rising by 112% compared to March last year. [Shutterstock/Fredy Thuerig]

Imports to Albania from Ukraine and Russia have soared, both in terms of value and quantity, according to data from INSTAT for March.

Russia invaded Ukraine on 24 February, and the ongoing war has triggered an energy, fuel and food crisis as well as rising inflation in Europe and Albania.

Data from the country’s statistics agency show that imports in March from Ukraine totalled €10.86 million, an increase of 91% compared with the same month in 2021. As for quantity, the increase was even more significant, rising by 112% compared to March last year.

Albanian exports to the country also increased, albeit at slightly lower rates than imports. In March 2022, the total value of items exported to Ukraine increased by 41% in valueand 3% in quantity. Overall, trade between Albania and Ukraine remains low, with exported goods to the Eastern European nation accounting for just 0.15% of all exports.

As for the most imported item, sunflower oil was number one, followed by furniture, mattresses, and materials such as steel and wood. The most exported items from Albania to Ukraine were fruit and vegetables.

But trade also increased between Albania and Russia despite Europe-wide sanctions. While trade is still allowed with Russia as long as the companies or connected individuals are not on sanctions lists, countries are under pressure to reduce their dealings over fears they could be funding the war.

In Albania, the trade of items such as steel has significantly increased pushing up the total value of Russian imports to €30 million in March, almost triple that of Ukraine. This is an increase of 68% when compared to this time last year. Overall, Russian imports accounted for 2% of all imports, up from 1% the year before.

Previous data from INSTAT, published by Exit, showed that Albania had imported some 10,000 tonnes of wheat from Russia, compared to 5,000 tonnes in March 2021, equivalent to a 100% increase.

At the start of the war, there were concerns the conflict would result in a shortage of wheat in the country. Industry stakeholders said they were looking to source the products elsewhere, outside of Russia and, to an extent, Ukraine.

But instead, the amount of wheat imported from Russia has increased, along with the price.