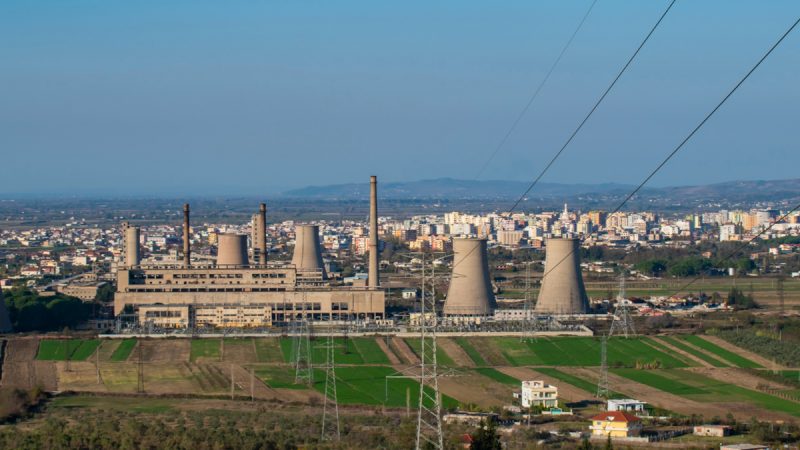 Currently, Albania produces almost exclusively hydropower, however, this is only the case during the spring and summer. During the winter, it is forced to import power from neighbouring countries. [Shutterstock / Aldo91]

Albania’s state-owned electricity-producing company is planning to lease a thermal power plant from a third party in the hopes of combatting the energy emergency declared back in October.

Albanian Power Corporation (KESH), which operates the country’s main hydropower plants announced the call for expression of interest for the technical and economic opportunities for leasing a thermal power generation asset that can be easily integrated into the country’s transmission grid.

The call states that the entity wants to lease the facility for a period of one to three years. The third party should also provide maintenance and operation services for the duration of the contract and in line with the requirements of KESH. REquirements include operating on light and heavy fuel oil.

It must also be “fit to be deployed” near Vlora’s existing thermal power plant so it can easily use the existing interconnection infrastructure.

Reasons given for the call include needing more power for the public supply obligation, creating a reserve capacity to guarantee power supply security, complementing electricity generated by hydro and thermal resources, and creating surplus revenue.

Currently, Albania produces almost exclusively hydropower, however, this is only the case during the spring and summer. During the winter, it is forced to import power from neighbouring countries. Despite the unsustainability of hydropower, the government is continuing to push for more hydropower plants, instead of looking at solar and wind alternatives.

In October, Prime Minister Edi Rama declared a state of energy emergency and promised to protect homeowners and businesses. A couple of days later, he said energy prices would not rise for these groups and unveiled a plan guaranteeing uninterrupted power for all residents.

Between January and November 2021, Albania spent some €213 million on importing energy. The total, the highest on record, represents half of the state energy companies revenue of €481 million.

The Narta Power Plant sits in Vlora on one of the regions most pristine beaches. Since its construction and completion in 2005, it has not generated a single watt of power and has been plagued by issues with its cooling system.