Albania to tax income from cryptocurrency trading by 2023 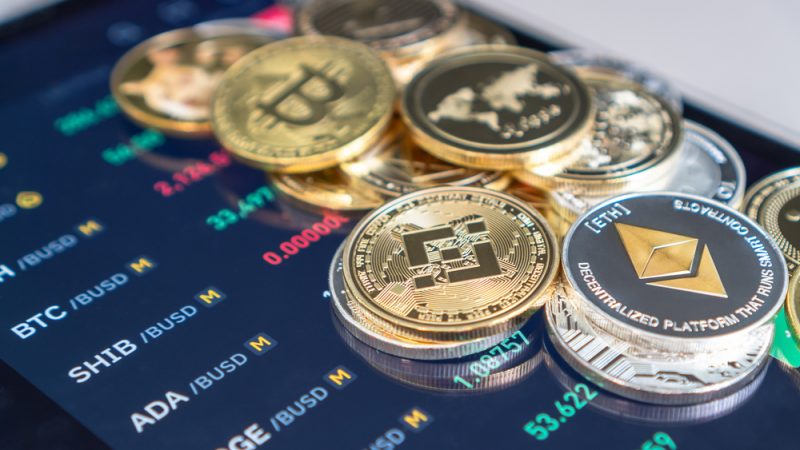 In 2020, Albania made international headlines when it passed a law called “Financial markets based on distributed ledger technology”. While some welcomed it, others questioned whether Albania could properly regulate cryptocurrency and prevent it from being used for money laundering, as it struggled to do so with fiat currency. [Shutterstock/Chinnapong]

Albania is set to start taxing income derived from cryptocurrency as of 2023, according to a new draft law on income tax, as the country hopes to pass a raft of laws and bylaws by the end of the year.

In 2020, Albania made international headlines when it passed a law called “Financial markets based on distributed ledger technology”. While some welcomed it, others questioned whether Albania could properly regulate cryptocurrency and prevent it from being used for money laundering, as it struggled to do so with fiat currency.

The draft law, which is at the public consultation stage, introduces the concept of taxing cryptocurrency and virtual asset income. It also provides the first definition of a virtual asset.

“A digital representation of a value that can be deposited, traded or transferred in digital form, and that can be used for payment or investment purposes or as a medium of exchange, including but not limited to cryptocurrencies,” the draft reads.

The definition does not refer, however, to currencies that are officially recognised as issued or backed by central banks, of which there are a growing number. Digital versions of official tender, countries such as The Bahamas, Nigeria, and Saint Lucia have all launched such coins, while China and even the US are considering it.

The law also seeks to define cryptocurrency mining as “the activity of using the computer power of system users to solve cryptographic algorithms, to confirm transactions and gain virtual tools in exchange, as well as processing and confirmation activity of transactions through the investment of a virtual tool designated by users of computer nodes participating in this process.”

Previously, mining has been something of a grey area yet there have been several arrests with charges pressed against individuals in the last few years.

Earlier in June, the Albanian parliamentary assembly drafted a resolution to ask the Financial Supervisory Authority (AFSA) to approve regulatory acts on cryptocurrency and digital currencies within 2022, as the country hopes to avail of advantages posed by the technologies.

It also referenced the recent MONEYVAL report that said additional measures were needed to deal with the risk of cryptocurrency.

“The next monitoring report for Albania concluded that this country has not significantly improved its measures to combat money laundering and terrorist financing in accordance with the FATF recommendations. Among other issues, the report examined new international standards applied to virtual assets, including cryptocurrencies and providers of such assets,” MONEYVAL said.

In November 2021, the AFSA Board approved the first two regulations implementing this law, “On the capital adequacy and own funds of entities operating in financial markets based on distributed registry technology” and ” For the licensing of entities that exercise the activity as a digital token agent “.