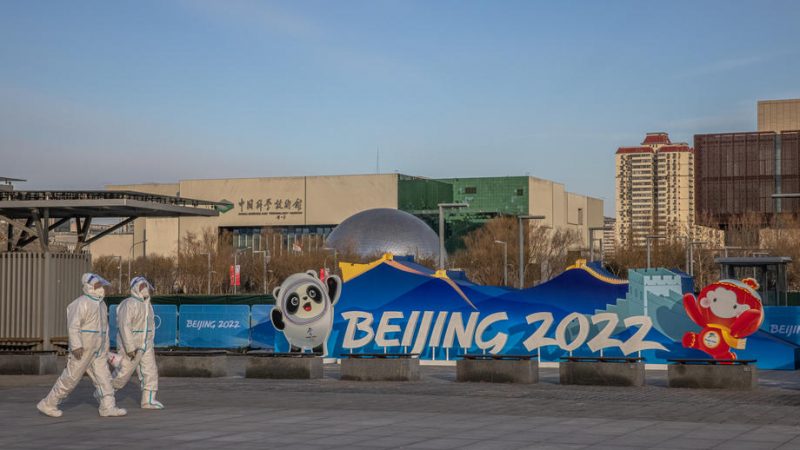 Deni Xhepa, Albania’s sole participant in the upcoming Beijing Winter Olympics, has been handed the national flag, which will be taken to the event due to start on 4 February. [EPA-EFE/ROMAN PILIPEY]

Deni Xhepa, Albania’s sole participant in the upcoming Beijing Winter Olympics, has been handed the national flag, which will be taken to the event due to start on 4 February.

Xhepa was handed the flag by the Minister of Education, Sports, and Youth, Evis Kushi. Speaking at the ceremony, Kushi said she was happy to deliver the flag that would represent the country in China.

“Although it is impossible for me to accompany you in China, I am honoured to deliver here the Albanian flag. I strongly believe you will make us proud there,” she said.

Kushi added that more and more Albanians are taking part in international championships, which demonstrates “the increase in quality for the sporting discipline but also the support given by the government,” and in particular, her ministry.

She said that while the government has increased spending in sports, there is an urgent need for more investments in sports such as skiing.

Xhepa is an 18-year-old skier who will participate in the slalom and giant slalom events.

“I will do my best to honour Albania and raise up the Albanian flag in this competition,” he said.

President of the Albanian National Olympic Committee, Fidel Ylli, said there are many talented skiers in Albania.

“Today, we have a whole team that trains in Italian Alps, and this is thanks to the great job done by the president of the Albanian Ski Federation that has managed to gather new talented athletes to represent our country with dignity,” Ylli said.

“I am confident that Deni and the whole team will impress the world again in Beijing, not only by the good performance of skiing but also as a goodwill ambassador,” he said.

China and Albania, the Chinese ambassador, said, have enjoyed a profound traditional friendship. “I’m sure that you will be warmly welcomed by Beijing, the sister city of Tirana.”

It is not yet known whether any government officials will attend the games.

Countries like the US, Australia, UK, New Zealand, and Lithuania are boycotting the games, while several other EU countries are sending scaled back delegations or just a team with no officials.

The EU is currently mulling a synchronised approach to boycotting, although a consensus among states is unlikely to be found.

The boycott takes place over human rights concerns, including the detention of at least a million Uyghur Muslims in so-called “re-education camps”. There is evidence women have been forcibly sterilised and that others are exposed to forced labour, torture, and sexual abuse.