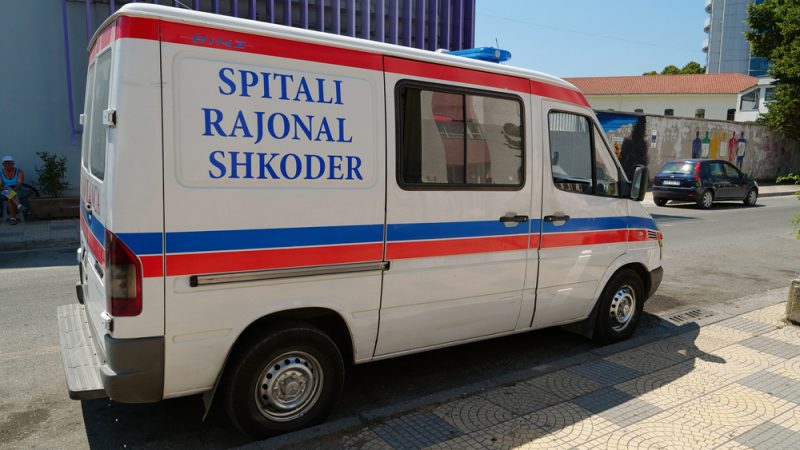 Health Minister Ogerta Manastirliu blamed this on the opposition Democratic Party, stating that under Socialist Party rule for four years from 2013, the country could not produce specialist doctors. Since 2018, there are 309 more doctors in the system and over 600 doctors and 2,400 nurses have been employed, she added. [Shutterstock/Harmony Video Production]

A recent report has detailed how thousands of health workers fled to Germany in 2020, while Prime Minister Edi Rama has dismissed concerns about the loss of skilled workers in key sectors.

The European Training Foundation published a report last week detailing the mass exodus of skilled workers, including a high number of young people. The situation is particularly concerning for doctors and nurses and also includes psychotherapists, dentists, and pharmacists, all of which are in demand in Albania.

Albania has the lowest number of doctors and nurses per capita in Europe, data from 2020 shows. In 2019, 18% of qualified medical staff worked abroad, of which 765 Albanian doctors were working in Germany – a 21% increase from the year before. More are believed to have left since then as the number of emigrants from Albania stood at 42,000 in 2021.

This shortage was felt acutely during the COVID-19 pandemic, with hospital capabilities stretched to breaking point.

The World Health Organisation has also noted that Albania has one of the lowest rates of doctors-to-patients globally.

Health Minister Ogerta Manastirliu blamed this on the opposition Democratic Party, stating that under Socialist Party rule for four years from 2013, the country could not produce specialist doctors. Since 2018, there are 309 more doctors in the system and over 600 doctors and 2,400 nurses have been employed, she added.

In February 2022, a medical student challenged Rama during his speech at a graduation ceremony, asking him whether he was aware of the fact that the only people graduating were the only ones who could afford the high fees of public education.

Rama denied this was true and told the student to get medicated. He then said that doctors and nurses were not leaving the country en masse.

Faktoje asked Albania’s doctor’s order how the number of doctors in the country had changed between 2014 and 2022. The institution responded that they do not have data for 2014 and 2015, while data for more recent years is “being processed.”

Meanwhile, a report by Together for Life in 2021 detailed the shortage of medical staff in the country. “Regarding the availability of human resources in the health sector of Albania, the main concern is the lack of doctors, including general practitioners/ family doctors and specialists. Currently, there is a gap of about 330 general practitioners and 250 specialist doctors,” the report reads.

The lack of doctors and nurses in the Albanian system was also highlighted in an OSCE report in 2021. “Albania has 12 doctors per 10,000 inhabitants, which represents the lowest number in Europe…A number of sources report significant shortages of human resources in hospitals, especially in rural areas, due to the migration of general practitioners and specialists,” the report reads.

The situation is especially concerning as, over the next decade, instances of non-communicable diseases such as cancer and diabetes are set to soar. This is due to the impact of the COVID-19 pandemic on diagnoses and the country’s ageing population.