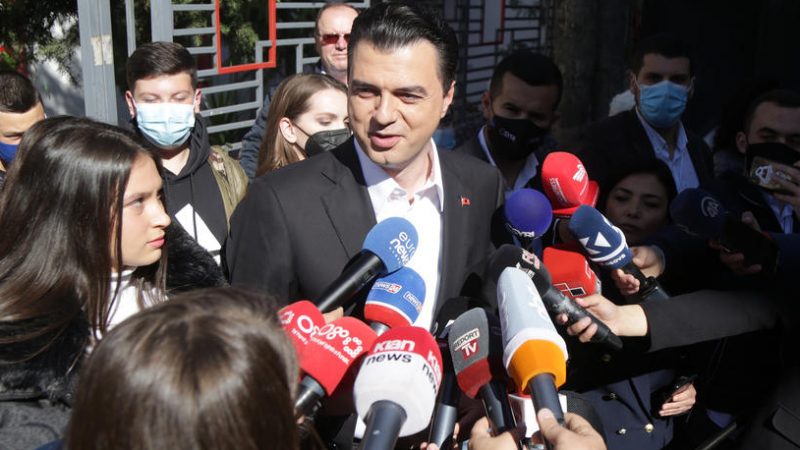 Albania’s main opposition, the Democratic Party, has submitted a proposal to parliament demanding the vetting of all politicians and changes to the electoral code. [EPA-EFE / Malton Dibra]

Albania’s main opposition, the Democratic Party, has submitted a proposal to parliament demanding the vetting of all politicians and changes to the electoral code.

The proposals include constitutional amendments that would see all politicians being vetted, redrawing of the country’s territorial map and the reversal of changes to rules on certain types of electoral coalition.

They ask that all politicians be evaluated regarding their assets and possible ties to criminal activity and want those with criminal pasts to be prohibited from running for office.

Other measures include redrawing the territorial map and reintroducing districts instead of the current system that recognises only counties, municipalities, and administrative units.

If adopted, the proposals would see an almost total electoral and territorial reform. The last electoral reform was completed in 2020, amid ongoing disagreements between political parties.

Albania is currently undertaking an EU-led vetting process of the judiciary. In four years, half of judges and prosecutors have passed through the process and of those, half have resigned or been fired. The vetting led to the collapse and non-functioning of the High Court and Constitutional Court for several years. Both are now functioning, although there are tens of thousands of cases pending in each.