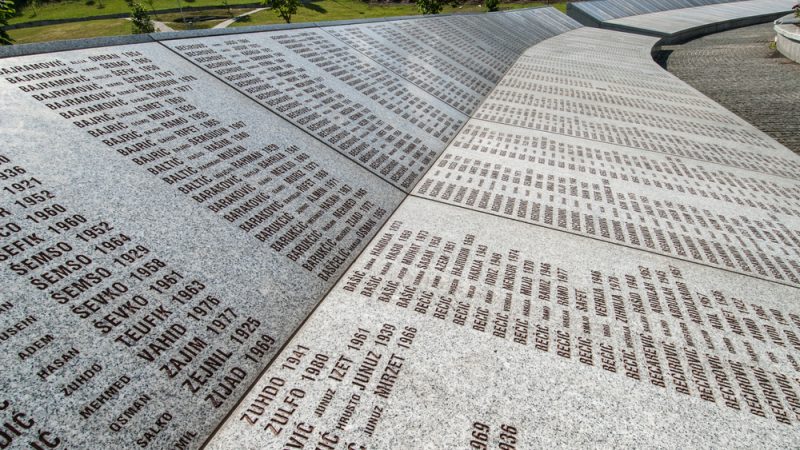 The resolution was initiated by Democratic Party MP Tritan Shehu and sought to condemn the massacre of more than 8,000 Bosnian Muslim men and boys for over two weeks in Bosnia and Herzegovina in 1995. [Shutterstock/dinosmichail]

Following outrage over the rejection by the Socialist Party of a resolution condemning the Srebrenica Genocide in parliament in May, the majority have now tabled their own for approval.

The resolution was initiated by Democratic Party MP Tritan Shehu and sought to condemn the massacre of more than 8,000 Bosnian Muslim men and boys for over two weeks in Bosnia and Herzegovina in 1995.

The PS rejected the resolution saying they would not vote in favour of anything put forward by Sali Berisha, who Shehu backs.

This led the opposition to accuse Prime Minister Edi Rama and the PS of being close to Serbian President Aleksander Vucic who was an MP in Serbia when the massacre took place. At the time, threatened the international community, warning them not to interfere: “For every Serb killed, we will kill 100 Muslims,” he vowed from the Serbian parliament.

But on Thursday (16 June), it was announced a resolution would be presented and voted upon on 7 July.

“We have agreed that the parliament will hold a special session on this issue,”  said Taulant Balla, head of the PS parliamentary group.

He added that parliament “should clearly express its condemnation” of the genocide.

On Thursday (16 June), Balla tried to reassure critics that his party and parliament have no doubts about the issue.

“We will invite representatives of Bosnia and Herzegovina and members of the families of the victims of this genocide to vote,” he said.

The previous rejection of the opposition resolution resulted in condemnation from Bosnia, including MP Sabina Cudic.

“I would like to remind you that the International Criminal Tribunal in The Hague found, in no uncertain terms, that the Serb forces committed genocide in Srebrenica in July 1995, when more than 8,000 Bosniaks were killed and more than 40,000 people driven out of their homes,” Cudic wrote in her letter.

“It is because of my great respect for the Albanian people that I want Albania to join the Western side and not to go back to where it was during the time of Enver Hoxha,” she concludes calling for parliament to adopt the resolution in the July session dedicated to Srebrenica, “without exception.”