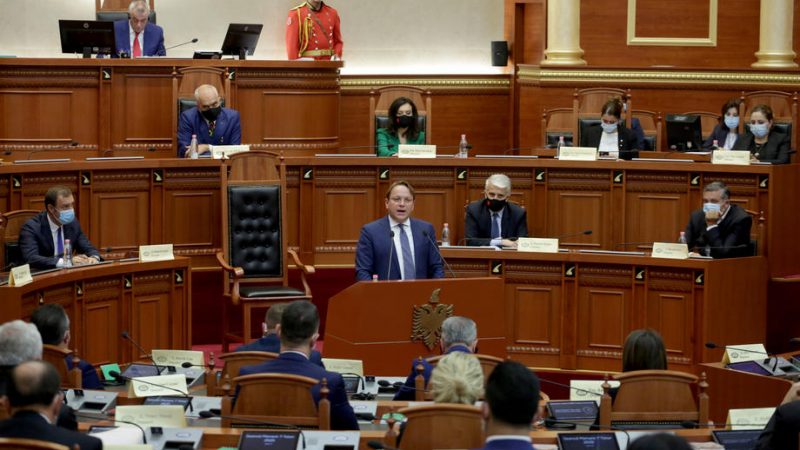 The ruling Socialists in Albania and their parliamentary allies ‘hurried’ through legal changes that critics say are designed to benefit them in the next parliamentary elections, due in April 2021, according to the Venice Commission, an advisory board to the Council of Europe.

The changes remove the rights of political parties to create pre-electoral coalitions to maximise their electoral result in parliament and introduce a national threshold to enter parliament of 1% which is very low compared to the previous regional threshold of 3%, BalkanInsight reports.

“The Commission underlines that best practice suggests that countries should not change their electoral framework in less than 12 months before new elections, and adds that it is “crucial to ensure trust in the electoral process”.

Following the leak of the draft report in the media, Taulant Balla, head of the Socialist Party parliamentary group, criticised the leak but refused to comment on its content. (Željko Trkanjec | EURACTIV.hr)