Almost half of BiH’s youth plan to leave 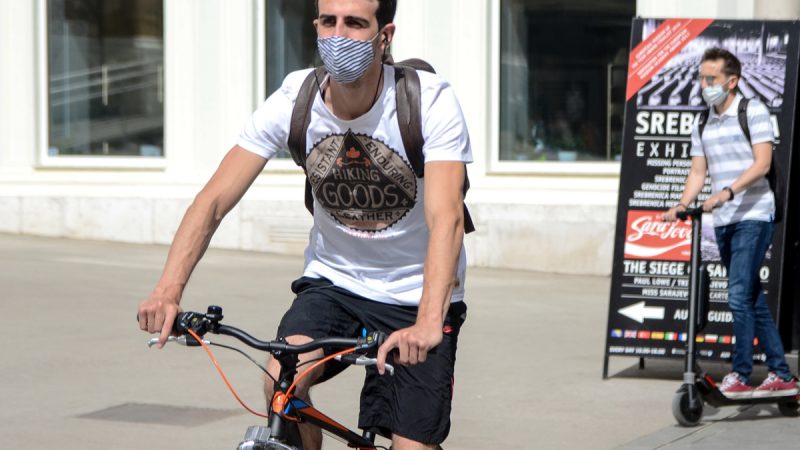 Almost half of the country’s youth in BiH (47%) are planning to leave the country temporarily or permanently. [Shutterstock / Ajdin Kamber]

Nearly half of the youth in Bosnia and Herzegovina (47%) are planning to leave the country temporarily or permanently, according to a recent study by the United Nations Population Fund (UNFPA).

It is estimated that around 23,000 young people have already taken concrete steps and are very likely to move out in the next 12 months.

According to the survey, dissatisfaction with the quality of life in Bosnia and Herzegovina is the primary driver of young people’s interest in going abroad. Almost 73% of respondents state that the standard of living in their immediate environment has stagnated or even deteriorated.

The other reasons are unfavourable socio-economic conditions, high youth unemployment, lack of quality public services, an environment that does not provide support, and the lack of opportunities for personal growth and professional development. Distrust in public institutions is high, and over 70% of youth believe that society is systemically corrupt.

“Youth migration as such is a good thing: it opens up opportunities for studying and gaining professional experience abroad, learning new languages and getting to know different cultures. But youth should not feel forced to leave their country due to the lack of opportunities at home,” said Alanna Armitage, the UNFPA Regional Director for Eastern Europe and Central Asia.

Emigration is a significant factor in BiH’s declining population, which is projected to fall below 1.6 million by 2070 (from today’s 3.5 million). It also exacerbates BiH’s ageing population and affects the country’s fertility rate, with 1.25 children per woman, which is already one of the lowest in Europe, as many young people of reproductive age start families abroad.