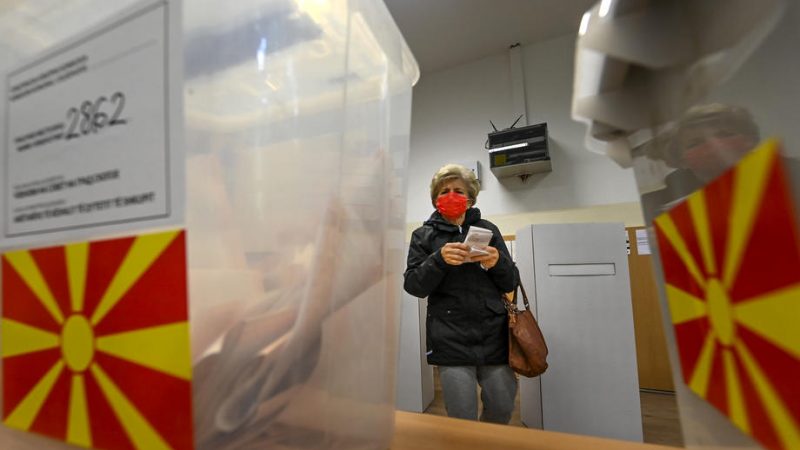 The government will consolidate its majority with four MPs of Alternativa. [EPA-EFE/GEORGI LICOVSKI]

The Central Council of the Alternativa party will decide whether to participate in the government led by the Social Democrats (SDSM) on Friday in Tetovo, the town with the biggest number of Albanians apart from Skopje.

If Alternativa decided to enter the cabinet, it would share positions with DUI, still the biggest Albanian party in the country.

At the local elections in October, which started the crisis after Zoran Zaev decided to step down because of defeat in Skopje, DUI lost elections in Tetovo to Alternativa.

The government will consolidate its majority with four MPs of Alternativa.

At the same time, SDSM is still looking for a candidate to lead the party. As of Thursday, three persons entered the field: Vlastimir Aleksovski, member and activist of SDSM from the municipal organisation of the party from Kumanovo; the party’s former vice president, Frosina Remenski; and current Deputy Finance Minister Dimitar Kovačevski.

Media speculate that Kovačevski has the best chance of replacing Zaev as SDSM’s president.