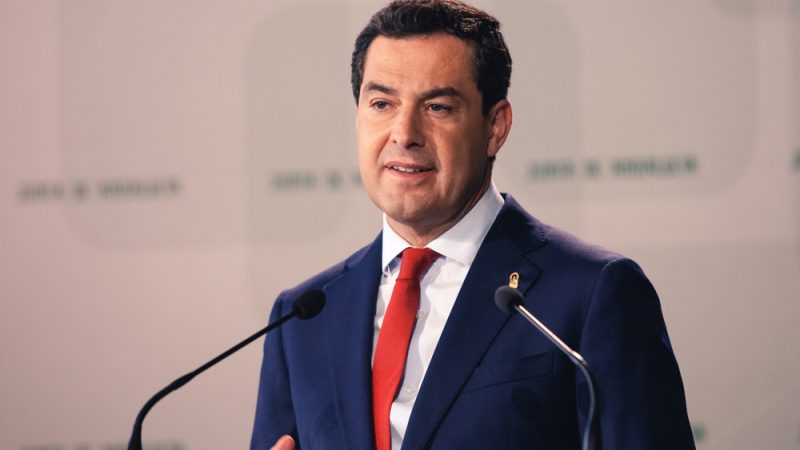 The decree dissolving the regional parliament was published on Tuesday 26 April in Andalusia’s official gazette (BOJA), and the decision entered into force the same day, EURACTIV’s partner EFE reported. [Shutterstock/danielmarin]

Andalusia will hold early elections on 19 June, the President of the region, Juanma Moreno, of the centre-right PP, has announced, paving the way for a possible coalition government with the far-right if his party does not obtain a majority.

The decree dissolving the regional parliament was published on Tuesday 26 April in Andalusia’s official gazette (BOJA), and the decision entered into force the same day, EURACTIV’s partner EFE reported.

The region is currently ruled by a coalition between the centre-right Popular Party (PP) and centre-liberal Ciudadanos (Citizens). Recently, the relationship has deteriorated considerably.

Moreno’s ambition would be to form a “solo” executive, without any external support, trying to avoid a possible coalition with far-right Vox, the third force in the Spanish parliament and a serious contender for the PP both at a regional and national level.

According to a fresh NC Report poll for La Razón, Juanma Moreno’s PP would obtain between 45 and 47 seats. The socialists of PSOE would be the second most popular party and Vox the third. However, the PP would need VOX´s abstention or a coalition pact with the far-right formation to govern the region, Antena3 reported.

Moreno stressed that with his decision to call early elections five months before the official date, he wanted to secure, before 2023, a new regional budget to face the serious economic situation prompted by record-high inflation and the economic consequences of war in Ukraine.

The Andalusian president had looked at two possible scenarios: leaving the legislature running until autumn (the limit was 27 November) or bringing elections forward to June as requested by many of his PP colleagues within the regional executive.

The Junta de Andalusia’s vice president, Juan Marin (Citizens), has opposed the move, with almost all public opinion polls pointing to a dismal performance for his party.

In a historic move, on 10 March, VOX entered the government in Castilla and León, Europe’s largest region, where it governs with the PP.