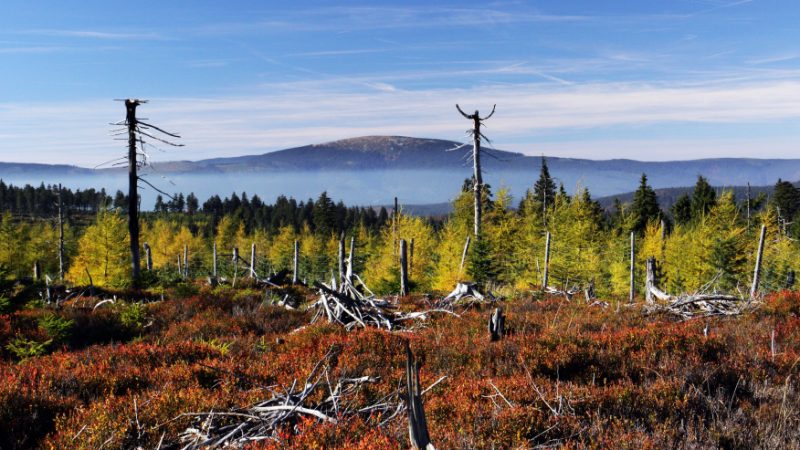 The construction of the lookout tower is a part of a Czech-Polish project funded by the EU programme INTERREG. [Shutterstock/Josef Franc]

Czech environmental organisations are calling for an immediate halt to the construction of a lookout tower on the top of Králický Sněžník, a mountain located on the border between Czechia and Poland.

They say the tower, which has been under construction since autumn 2020, breaches building permit rules and poses a threat to wildlife.

The construction of the lookout tower is a part of a Czech-Polish project funded by the EU programme INTERREG. The Czech regional development ministry claimed that the project has no negative impact on the environment. However, the environmental ministry has already contacted Poland to immediately inquire into the case.

“Our [Czech] state authorities cannot rely on guarantees from the Polish side, who claim that everything is alright when obviously it is not true in practice,” said Ondřej Bačík from Společnost přátel Jeseníků organisation.

The dispute over the lookout tower is another mark on Czech-Polish relations. In February 2021, Czechia filed a lawsuit against Poland over its mining activities in the Turów coal mine located close to the Czech borders. It is the first case in history where one EU member state took another to European state to court over environmental issues. (Aneta Zachová | EURACTIV.cz)