Another Greek journalist under death threat 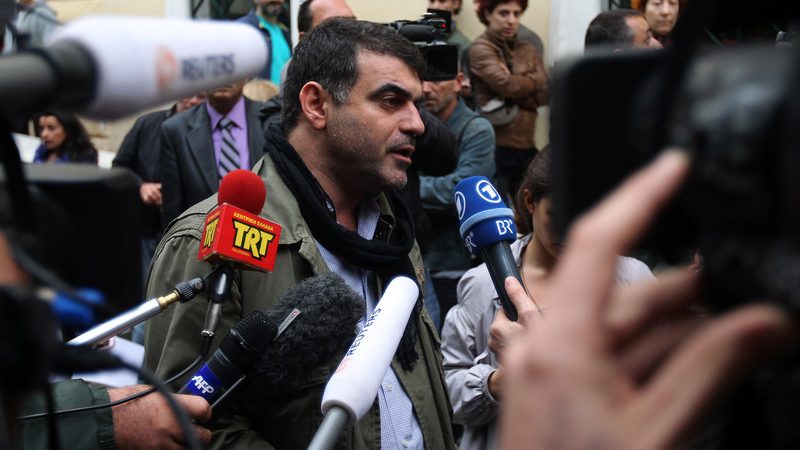 The claim comes two weeks after Greek society was shocked when Giorgos Karaivaz, a well-known Greek journalist covering police-related issues, was shot dead in a mafia-style execution in front of his house. [EPA/ORESTIS PANAGIOTOU]

The publisher of the newspaper Documento, Costas Vaxevanis, has said on social media there is a death contract out against him.

The claim comes two weeks after Greek society was shocked when Giorgos Karaivaz, a well-known Greek journalist covering police-related issues, was shot dead in a mafia-style execution in front of his house.

A number of politicians reacted strongly to Vaxevanis’ comments, asking the Greek government to take immediate measures to protect the journalist.

“Immediately after the complaints of the journalist Costas Vaxevanis about threats against his life, additional measures were taken to protect him. As early as yesterday, by my order, the Chief of the Hellenic Police contacted him. The case is being investigated in cooperation with the prosecutor’s office,” announced Minister of Civil Protection Michalis Chrysochoidis.

In an interview with EURACTIV on 16 April, the Commission’s Vice President for Values and Transparency Věra Jourová said the Commission plans to issue a recommendation to member states which will be very strong in how the security of journalists should be guaranteed.

“As part of the European News Media Forum, we recently gathered stakeholders together to discuss the security of journalists at length. Member states must take this issue seriously not least because of the murders themselves, but also because of the terrible failure of the security services in protecting the vulnerable,” she said.

“It’s also a reputational issue for the member states,” she added.