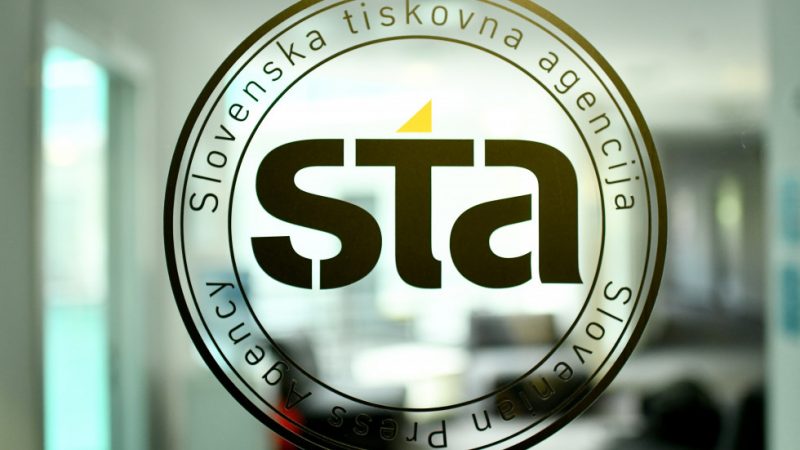 The Slovenian Journalists' Association described the incident as the tip of the iceberg in a hate campaign against public media and journalists that was being incited by those in power. [Slovenian Press Agency STA]

A group of coronavirus deniers and anti-vaccination protesters stormed the headquarters of the Slovenian public broadcaster last Friday, managing to get into the newsroom studio before the police intervened.

The incident occurred after the group had been protesting against Covid-19 measures and vaccination in front of the RTV Slovenija (RTVS) headquarters for four months, harassing staff and demanding air time to be able to present their truth to the public.

The incident involved members of the movement called Aware Residents of Slovenia, led by Ladislav Troha, a former army officer and veteran of the 1991 War of Independence. Police ended up having to remove some 20 maskless protesters from the building.

“This is an unacceptable attack on the media, journalism and democracy,” Manica Janežič Ambrožič, the RTVS news programme editor, said in response to the incident, which happened at around 8:30pm.

Grah Whatmough said the management had been trying hard for months to have the situation tackled, but the problem was because the area around the RTVS HQ was a public property and the protesters had a permit to assemble there.

The incident has drawn widespread condemnation.

The Slovenian Journalists’ Association described the incident as the tip of the iceberg in a hate campaign against public media and journalists that was being incited by those in power.

President Borut Pahor said he never thought he would witness scenes like that, saying the protesters “have a right to state their view peacefully but have no right whatsoever to storm RTVS or anywhere else”.

The incident is “yet another serious warning to all of us that tolerance is slowly running out due to some sensitivity, fatigue and irritation in the public”, he said adding that tolerance was the only way to solve problems.

Some government officials, on the other hand, shifted the blame for the attack on the broadcaster itself and on the broader anti-government protest movement, of which the anti-vaxxer group is but a small part.

Prime Minister Janez Janša denounced the incident by saying it had nothing to do with freedom of expression. “It is violence against that freedom. All must be done to condemn and punish every self-willed and violent appropriation of public space and threats on the same terms and everywhere.”

But he also retweeted a post which said “the RTVS news programme has been encouraging for a year illegal neofascist protests, vandalism against public institutions, anti-vaxxer delusions […] while now they are puzzled as they reap what they sowed”.