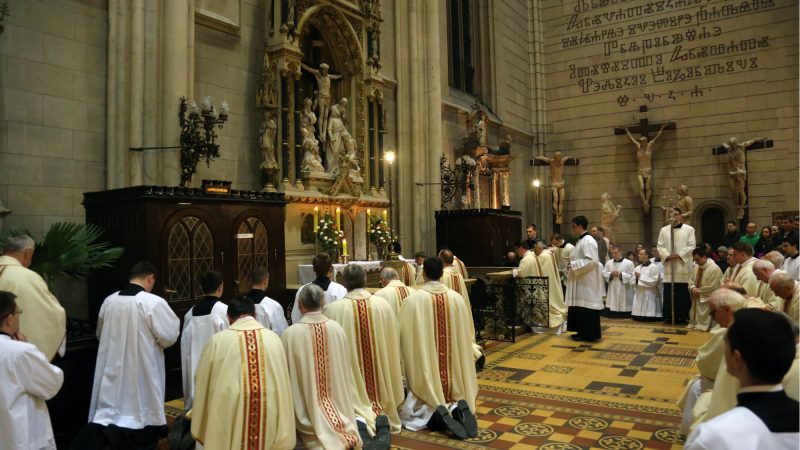 It is unclear whether this appeal will have an impact on the Catholic community. [Shutterstock/Zvonimir Atletic]

As the number of COVID-19 cases and deaths continues to rise in Croatia, the Catholic Archbishop, at last, called on believers to take the vaccine.

In the last 24 hours, 3,339 coronavirus cases and 64 COVID-19 deaths have been registered in Croatia, the national crisis management team said on Sunday.

Compared to other states that are suffering a serious surge in numbers, the figures might seem negligible. However, Italy suffered 51 deaths on Friday (26 November) but has a population of almost 60 million, compared to Croatia’s less than 4 million.

The hesitancy of Croatian Catholic clergy to ask believers to vaccinate prompted Dr Matko Marušić, fervent Catholic and professor emeritus from Medical Faculty in Split, to publicly urge them to back vaccination in the daily Slobodna Dalmacija, member of Hanza Media, partner of EURACTIV.com.

“I humbly ask [cardinal] Bozanić and the bishops to kneel down in front of people and publicly ask them to vaccinate,” he said.

Almost immediately, Josip Bozanić, cardinal and archbishop of Zagreb, said that the Pope’s interpretation is that vaccination with an approved vaccine is an act of love towards oneself and one’s neighbour and a means of preventing and curbing the spread of the virus.

It is unclear whether this appeal will have an impact on the Catholic community. As of last week, 49.51% of the total population and 59.20% of the adult population in Croatia is vaccinated.