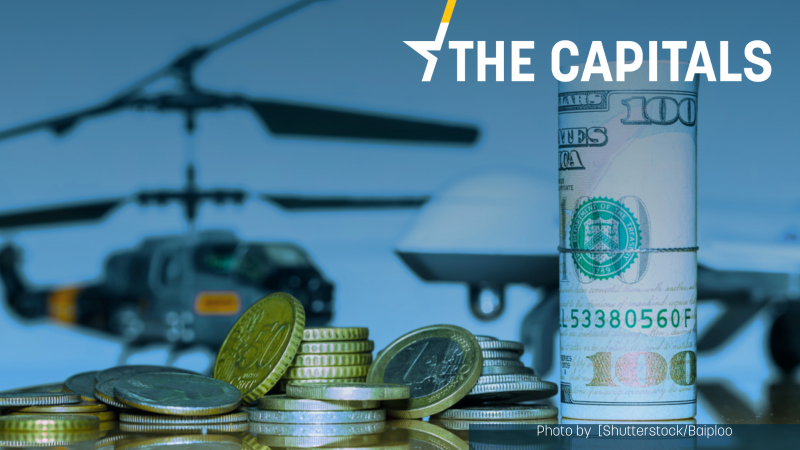 SEB, one of Sweden’s largest banks, had long refused to finance arms production but recently changed its strict policy to allow its funds to invest in the defence sector. [Shutterstock/Baiploo]

As EU member states increase defence budgets due to the war in Ukraine, the European defence industry is gaining momentum. While some European banks have already announced their willingness to invest in defence, the EU is mulling whether to label weapons production as socially harmful activity in its planned social taxonomy.

SEB, one of Sweden’s largest banks, had long refused to finance arms production but recently changed its strict policy to allow its funds to invest in the defence sector.

A decision by the German government to pump €100 billion into defence was immediately met by the second largest German bank, Commerzbank, signalling its willingness to invest much more in the sector.

Christoph Atzpodien, Chief Executive of the German Security and Defence Industry Association, recently called for arms manufacturers in the EU to be considered ESG-compliant, claiming that “without security, sustainability cannot be achieved”.

However, the EU’s Platform on Sustainable Finance has called for weapons production to be classified as harmful, a move criticised by the defence industry. According to the AeroSpace and Defence Industries Association (ASD), the label would “restrict funding options and therefore the ability to deliver defence systems to European militaries”.

Calls for better treatment of the EU defence industry are coming from lobbyists and other stakeholders.

“Given that the EU’s objective is to support, develop and strengthen the European defence industry, action in other areas of European policy should not contradict this objective,” the Slovak Defence Ministry told EURACTIV Slovakia, stressing that sufficient and reliable access to capital is essential for the defence industry.

According to the Deputy Governor of the Czech National Bank Marek Mora, the classification of weapons as socially harmful is not appropriate in the current situation.

“The authors of the proposal wrote it before the conflict in Ukraine, I guess. They would certainly write it differently today,” he said at the conference called “Our security cannot be taken for granted” organised in Prague.

However, the German government continues to be against it. ESG expert Max Deml noted that “the arms industry has not yet found support among the three traffic light parties for inclusion in the EU social taxonomy”.

Lethal aspects of weapons are not the only reason they could be considered unsustainable. According to Transparency International, the defence sector is a “prime target for corruption because of the vast amount of money involved, the close links between defence contracts and politics, and the notorious veil of secrecy under which the sector operates.“

Moreover, the environmental impact of the production and operation of weapons is extensive. In many EU member states, the military’s emissions account for more than half of a country’s entire carbon footprint.