Article 16 will not lead to a better deal, Varadkar warns Johnson 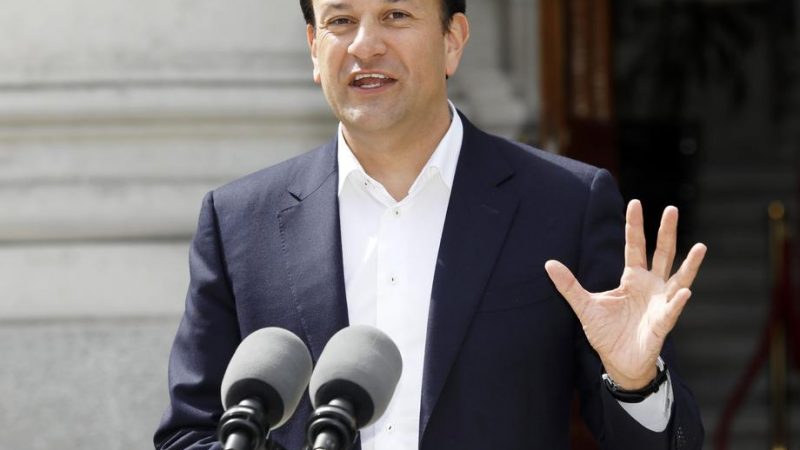 Varadkar made the comments as concerns grow that the UK is preparing to invoke the clause. [EPA-EFE / Photocall Ireland]

“You were part of negotiating [the Protocol], you own it, it was hard-won, it’s a mistake to think that by escalating tensions or by trying to withdraw from any part of it that you’ll end up with a better deal; you won’t,” he said.

Varadkar made the comments as concerns grow that the UK is preparing to invoke the clause. On Tuesday, he said the EU would have “no option” but to respond should London decide to trigger Article 16, and that Ireland is preparing ”contingency plans”.

One form this potential reaction could take is the suspension of parts of the trade deal. A year’s notice would be required in this case, which he added would create further uncertainty for business.

“The uncertainty that was created by Brexit went on for years”, he said. “I think it would be a big mistake for the British government to reopen that uncertainty,” he added.

“Any attempt to trigger Article 16 would be bad news for businesses in Northern Ireland, here in Ireland, and indeed in Britain,” Varadkar also said.

Later on Wednesday, UK Brexit Minister David Frost said that the EU should “stay calm” and that there were still options other than triggering Article 16, an outcome which he added was “not inevitable.”

“There is more to do and I will certainly not give up on this process unless and until it is abundantly clear that nothing more can be done. We are certainly not there yet”, he told the House of Lords. “If, however, we do in due course reach that point, the Article 16 safeguards will be our only option.”