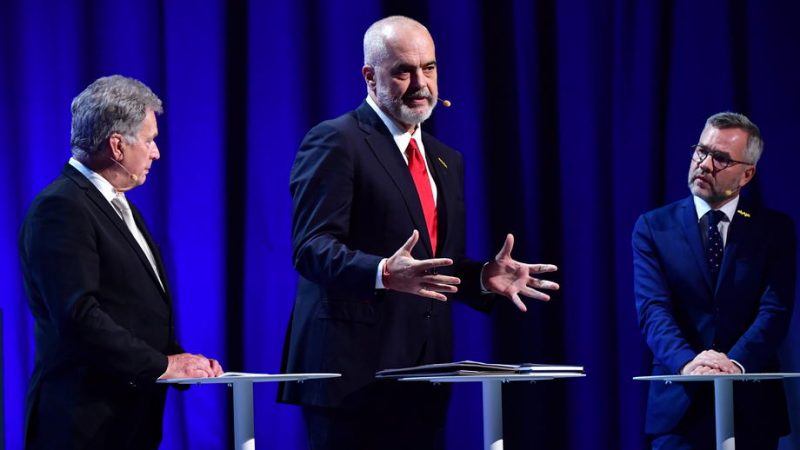 According to Rama, there are several steps that could yield results “without raising the indignation” of those EU member states that oppose enlargement. [EPA-EFE / Jonas Ekstromer]

Albanian Prime Minister Edi Rama has called on the EU to push Bosnia and Herzegovina, Kosovo, and Montenegro to join the Open Balkan initiative while the prospect of the Western Balkans’ integration into the EU has been “perhaps […] temporarily shelved”.

In an op-ed for Politico, titled “Albania is getting ready for the EU, no matter what”, Rama argued that “if the Western Balkans cannot come to the EU, perhaps the EU can come to us.”

He writes that the EU’s promises for enlargement, which began in 2003, are now less reliable, as the EU faces internal issues.

Considering that these issues are expected to continue in the near future, Rama suggests that the EU fosters regional cooperation in and with the Western Balkans.

According to Rama, several steps could yield results “without raising the indignation” of those EU member states that oppose enlargement. These include projects to integrate the region into the EU’s digital policies, joint higher education programs, an emergency plan, and the implementation of the four European freedoms—the free movement of goods, capital, services, and people.

The Albanian leader framed Open Balkan as an initiative that supports the Berlin Process, despite the fact that all Western Balkan countries have agreed to participate in this latter, while half of the region refuses to join the Open Balkan Initiative.