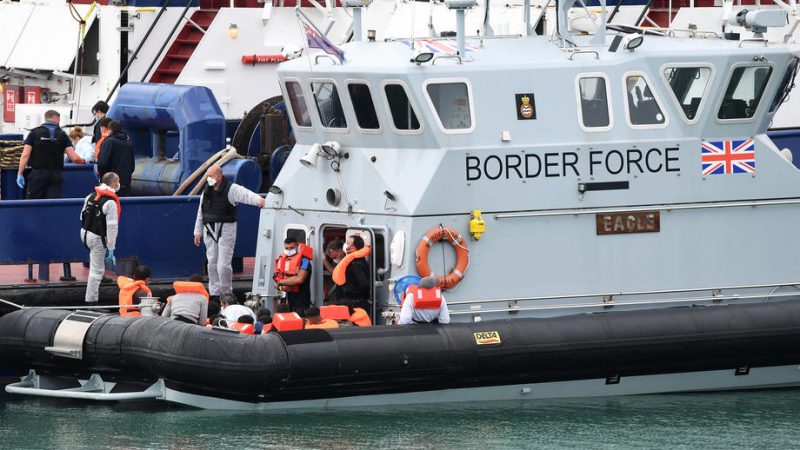 Asylum applications to the UK have reached their highest level since 2004, according to Home Office figures released on Thursday, as the UK faces up to a new migration crisis.

A total of 37,562 asylum applications were received in the first nine months of this year, an 18% increase compared to 2020. Meanwhile, the Home Office continues to struggle with a lengthy backlog of pending applications. Some 67,547 cases are yet to receive an initial decision, and the backlog means delays of over six months.

The most significant number of applications, just over 6,000, came from Iranian nationals, followed by Syrians and Afghans.

So far this year, more than 23,000 people attempted the crossing from France to the UK by boat. On Wednesday, 27 people drowned after their boat capsized. Boris Johnson’s government is now under growing pressure to beef up its Border Agency and push back boats attempting to reach British soil.

A government spokesperson said the asylum statistics “demonstrate the complex scale of the global migration crisis”.