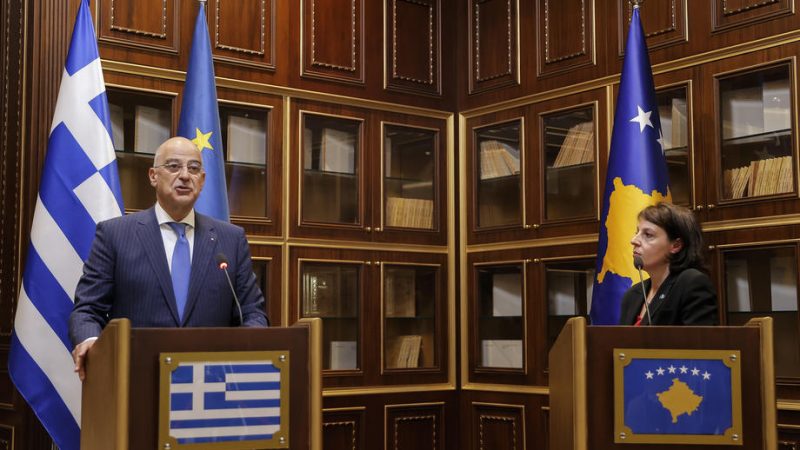 Foreign Minister Donika Gërvalla-Schwarz met his colleague Nikos Dendias on Athens on Thursday and discussed how to strengthen relations between Athens and Pristina.

“In this direction, moreover, we upgraded your office here in Athens last May, renaming it the “Kosovo Interest Office in Athens”, said Dendias.

The ministers also discussed energy cooperation, and the Greek Minister said he believes that the Western Balkans should be connected to the TAP (Trans Adriatic Pipeline) through interconnecting gas pipelines.

Gërvalla–Schwarz pointed out that Kosovo is in the phase of considering the best options in terms of energy strategy.

“Our energy future includes traditional and renewable energy. We are in touch with our friends about options for a challenging transition in this area. We will continue to be in close contact with Greece for details and for our decisions in this regard”, she said.

Greece is taking a constructive approach to Kosovo, in line with the European Union’s status-neutral approach, said Dendias.

Gërvalla-Schwarz stressed that the recognition and respect of Kosovo’s independence by all members of the European Union, including Greece, would be a bold move for stability in the region and beyond.

“Not only for our countries, but more for our children and grandchildren, this would be a promise of stability and lasting peace in Europe. Such a step would be historic and we think it is something that needs to be done”, added Gërvalla-Schwarz.