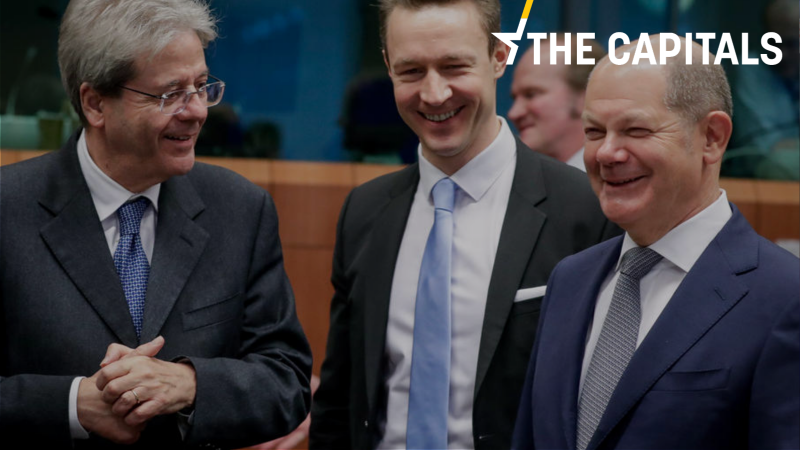 “Europe shall not slip into a debt Union,” Blümel warned, adding that “creating debts is dangerous, even with low-interest rates.” [EPA-EFE/STEPHANIE LECOCQ]

“Europe shall not slip into a debt Union,” Blümel warned, adding that “creating debts is dangerous, even with low interest rates.”

The Commission is currently working on a proposal to simplify the EU’s Maastricht fiscal rules that call on eurozone countries to strive for a balanced budget that does not exceed a deficit higher than 3% of the country’s GDP and keep public debt below 60% of GDP – rules that have been temporarily suspended due to the pandemic.

Austria – which was one of the so-called “frugal four” during the recovery fund negotiations – has continuously pushed for strict adherence to EU budgetary rules.

“Countries like France or Italy would like to abolish the Maastricht criteria. That’s alarming from an economic and moral point of view,” said Blümel.

Though the finance minister says he has already managed to forge alliances in the EU and received “very positive replies from other capitals”, two potential allies – the Netherlands and Germany – have shown little interest in his push.

Dutch Prime Minister Mark Rutte, who is in the middle of coalition talks to form a new government, is wary of alienating potential coalition partners on the left.

President of the German parliament and former finance minister Wolfgang Schäuble wrote in an op-ed published by FT in June that Europe must return to monetary and fiscal normality.

“The burden of public debt must be reduced. Otherwise, there is a danger that the COVID-19 pandemic will be followed by a ‘debt pandemic’, with dire economic consequences for Europe,” Schäuble said.

“With their ageing populations, EU countries will struggle to match the US and China in productivity and competitiveness if they allow excessive debt to jeopardise their financial flexibility. Thus, all eurozone members must engage in efforts to return to stricter budgetary discipline,” he added. (Oliver Noyan | EURACTIV.de)