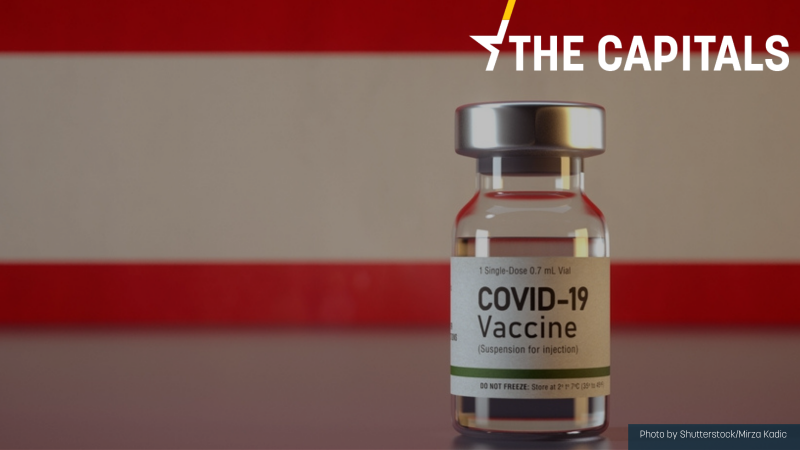 The mandatory vaccination will apply to all persons who have their permanent residency in Austria. [Shutterstock/Mirza Kadic]

Austrian residents who refuse to get their COVID-19 jab from February when they will be mandatory will face fines of up to €7,200, a draft of Austria’s COVID-19 vaccination law reveals.

The mandatory vaccination will apply to all those who have permanent residency in Austria. According to the draft regulation seen by Austrian newspaper die Presse, only those who can’t be vaccinated due to health reasons are exempt.

In the draft, it remains open whether booster vaccinations will also be mandatory or whether the recovered will be treated equally with vaccinated people, which ministerial decrees will further define.

Everybody who refuses to comply will be summoned to the district administration authorities. If they ignore the summons twice, they will be fined €3,600. If their violation of the COVID-vaccination law puts other persons at “serious risk,” or if they continue ignoring the order, they will be fined up to €7,200.

The bill will be presented on 6 December, however, die Presse received the preliminary draft proposal beforehand.

The proposal will be further discussed tomorrow, where health minister Wolfgang Mückstein and minister for the constitution, Karoline Edtstadler, will meet with experts and the opposition to discuss the way ahead.

However, some elements remain unclear, especially if somebody continues to refuse to get vaccinated even after receiving the fines. According to die Presse, one of the solutions discussed is that those who cannot prove they are vaccinated will receive a fine every six months.

Due to the rapid rise in infections, Austria took drastic steps to tackle the fourth COVID wave. The government introduced a fully-fledged lockdown on 22 November, alongside the announcement that vaccinations would become mandatory to prevent the health crisis from spiralling out of control.

The situation in Austria has become increasingly severe in recent weeks, with intensive care units close to full capacity.

According to the European Centre for Disease Prevention and Control (ECDC), 65.2% of Austria’s total population has been vaccinated.

Some states have even prepared for triage, with Salzburg nominating a triage team that will decide who will receive treatment in intensive care units if maximum capacity is reached.

The announcement to make vaccinations mandatory has intensified divides in Austrian society, with President Alexander van der Bellen warning that “there is a great danger that the rifts are getting deeper.“

The populist FPÖ, which had previously lost favour with voters due to a series of corruption scandals, has become increasingly popular among anti-vaxxers. When the government announced its plans, FPÖ party leader Herbert Kickl said that “Austria is a dictatorship from this day on” and called for mass protests to fight the introduction of compulsory vaccination.