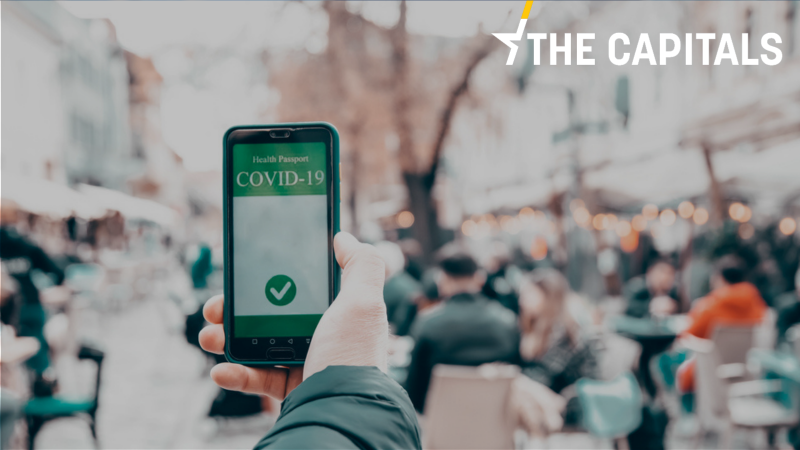 The EU-wide COVID certificate is expected to apply as of 1 July. [Shutterstock/Melinda Nagy]

The Austrian parliament approved a bill on Wednesday (26 May) introducing the so-called “green pass” which would grant holders access to restaurants, hotels and cultural facilities if they can prove they are vaccinated, recovered from COVID-19 or tested negative for the virus via a QR-code.

All major parties voted in favour of the bill, except for the populist FPÖ.

Although the bill sparked controversy last week following claims it infringed on data protection rights, the government nevertheless got most of the opposition on board by leaving the most controversial parts that concerned mass data storage out of the bill.

The opposition celebrated the move as a victory, saying “we have prevented the surveillance state,” said a socialist MP from the SPÖ.

However, the liberal NEOS party, which voted in favour of the law, criticised the government for not waiting for a common EU approach.

The conservative ÖVP of Chancellor Sebastian Kurz responded, claiming that the green pass is “setting the pace” in Europe for the introduction of a common COVID-19 certificate scheme. Green Health Minister Wolfgang Mückstein thanked the opposition for their “constructive approach” and praised the law as paving the way for Austria’s return to normality.

The EU-wide COVID certificate is expected to apply as of 1 July.

At a summit earlier this week, EU leaders approved the COVID certificate while on Wednesday the European Parliament’s Committee on Civil Liberties adopted the relevant regulation, paving the way for its final approval by the EU House plenary on 7-10 June.

The EU COVID certificate aims to facilitate travel across the bloc, however EU member states are free to require its use for other activities, such as entering bars and restaurants. The legality of such measures will be decided by national courts.

But if EU member states decide to use it for activities other than travel, then they are also obliged to recognise EU certificates of EU visitors. (Oliver Noyan | EURACTIV.de)