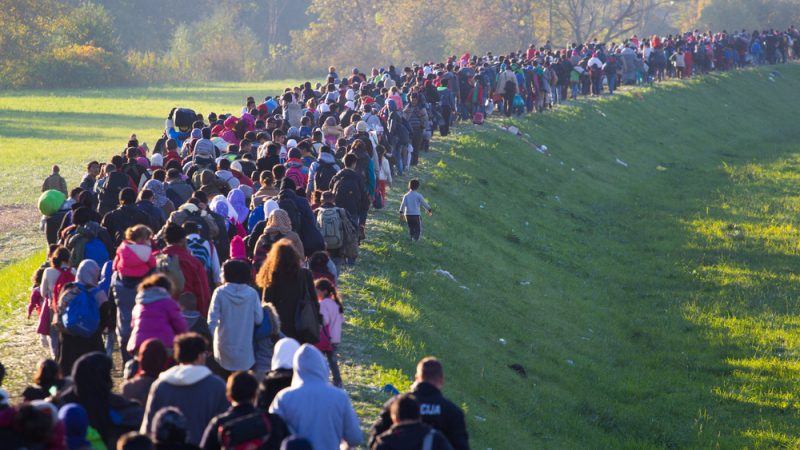 In 2015, Austria closed its borders with neighbours Hungary, Italy, Slovakia and Slovenia to halt a massive influx of refugees. It has now decided to prolong border controls. [Shutterstock/Janossy Gergely]

Austria has extended the border controls at the land border with Hungary and Slovenia it introduced during the 2015 refugee crisis, the government decided on Wednesday, citing the security risk of the Ukraine war as the main reason for its decision.

In 2015, Austria closed its borders with neighbours Hungary, Italy, Slovakia and Slovenia to halt a massive influx of refugees. It has now decided to prolong border controls.

“We are also particularly challenged by the war in Ukraine in the area of internal security. Human traffickers have discovered new fields of business in the shadow of the crisis,” said Interior Minister Gerhard Karner.

Austria justified the move by referring to illegal secondary migration from bordering EU members, the situation at the EU’s external borders, as well as the danger of terrorism and organised crime.

According to Karner, criminals would advertise their illegal activities by referring to the openness of the European borders. “This is how the marketing of the traffickers works at the moment. We have to put a stop to it,” he said.

The Schengen area, of which Austria is part, abolished passport and border controls. However, there are some ways for member states to justify a preliminary reintroduction of their borders, most notably in case of a serious threat to public order or internal security.

But Austria’s justification for introducing border controls has been unsatisfactory since 2017, the Court of Justice in Luxembourg held in April. However, the final decision on the validity of the measures is still pending in an Austrian court.

“When we renegotiate the Schengen Code in the European Union, it must also be guaranteed in the future that internal border controls will continue to be possible if necessary,” Karner emphasised, arguing that “we must now set limits when the willingness to help displaced persons is exploited by the trafficking mafia.”