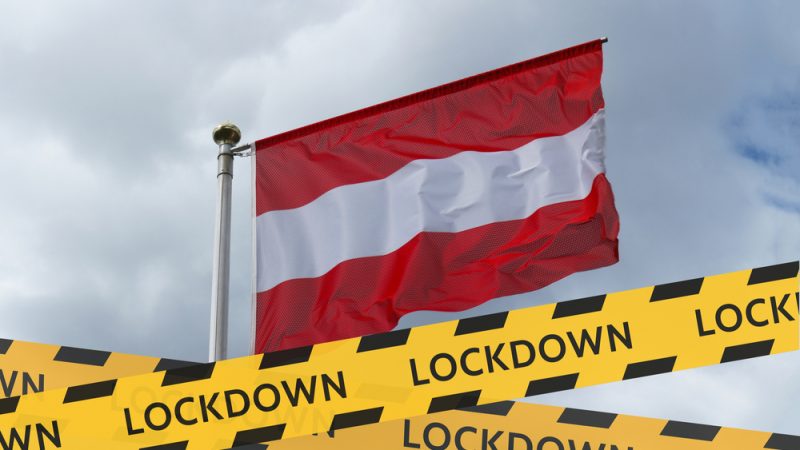 The three-week-long general lockdown, as well as the last ten days of lockdowns for the unvaccinated, has demonstrated an apparent effect, explained health minister Wolfgang Mückenstein. [Shutterstock/d_odin]

Austrian parliament has extended lockdown for the unvaccinated by another ten days, according to the parliament press office. The measures have been effective so far, said officials.

The three-week-long general lockdown, as well as the last ten days of lockdowns for the unvaccinated, has demonstrated an apparent effect, explained health minister Wolfgang Mückenstein.

“Omicron is probably just around the corner and will trigger a strong fifth wave,” tweeted Alexander van der Bellen, the Austrian president, following talks with experts. Getting a third jab would be imperative, he added.

Up until New Years Eve, unvaccinated Austrian residents will now continue to be limited to shopping at grocers, going to work with a negative COVID-19 test, or exercising for “health and mental” reasons.

Over Christmas, unvaccinated residents will be able to come together in groups of no more than ten, while vaccinated and recovered are allowed gatherings of up to 25.

New Year’s Eve will even see a one-time lift of the general 23:00 curfew for those vaccinated or recovered.

Austria will be the first EU country to introduce mandatory vaccinations starting in February. Those who refuse to be vaccinated will be subject to fines.