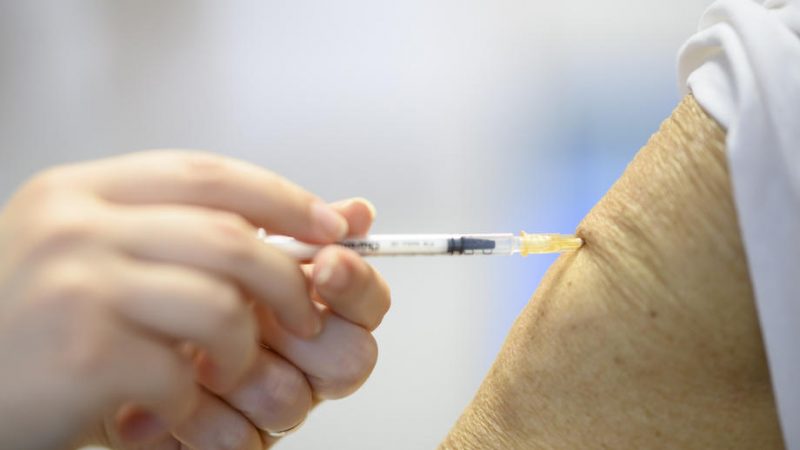 Only the vaccinated or those who have recovered from COVID-19 will be allowed to access bars, hotels and cultural events from Monday. [EPA-EFE / CHRISTIAN BRUNA]

Only the vaccinated or those who have recovered from COVID-19 will be allowed to access bars, hotels and cultural events from Monday, the Austrian government announced on Friday.

The move comes after the city of Vienna announced similar measures on Thursday.

“The dynamic is extraordinary, and the occupancy rates of intensive care units are rising faster than expected,” Chancellor Schallenberg said in a press conference on Friday. He added that the restrictions for the unvaccinated must be toughened to avoid a future general lockdown – especially during the Christmas holidays and the upcoming tourist season.

In late October, Austria introduced a five-phase plan, explicitly targeting the unvaccinated to avoid future lockdowns for the general population.

However, with the dramatic surge in new infections, the government has moved straight to the fourth phase – which effectively bans the unvaccinated from most cultural, social and sports activities.

The fifth and final phase would introduce a fully-fledged lockdown for all unvaccinated.

Infection rates have been rapidly increasing in recent days. On Saturday, new infections reached an all-time peak, with 9,943 new documented infections. The seven-day average is now at 7,148 infections per day.

With around one-fourth of intensive care units occupied by vaccinated persons, the government is trying to incentivise people to get their third vaccination. The second jab is now only a valid COVID certificate for nine months. After that period, people must get a third vaccination to retain their official vaccinated status.

Mückstein said that the protection declined after six months and emphasised that it is vital for “people over the age of 65 and patients with certain risk factors” to get the third jab.

The announcement of the new measures has already impacted the willingness of the population to get vaccinated. On Saturday alone, 32.000 people got vaccinated, while 210,000 got the jab over the past week –  figures last seen in early August.

The announcement of the new restrictions also made waves across Europe.

In Germany, SPD health expert Karl Lauterbach said that similar measures should also be introduced in Germany, “in all areas not covering the daily needs of people.”

The state of Saxony has already introduced similar measures that will take effect today.

Italy, on the other hand, is trying to avoid taking similar measures. Italian foreign minister Luigi di Maio emphasised that there will not be any Austria-like lockdown measures for the unvaccinated.

However, the president of the Northern Italian region of Liguria, Giovanny Toti, stated that vaccination should be made compulsory in Italy. “Otherwise, we would have to follow the Austrian example,” Toti said.