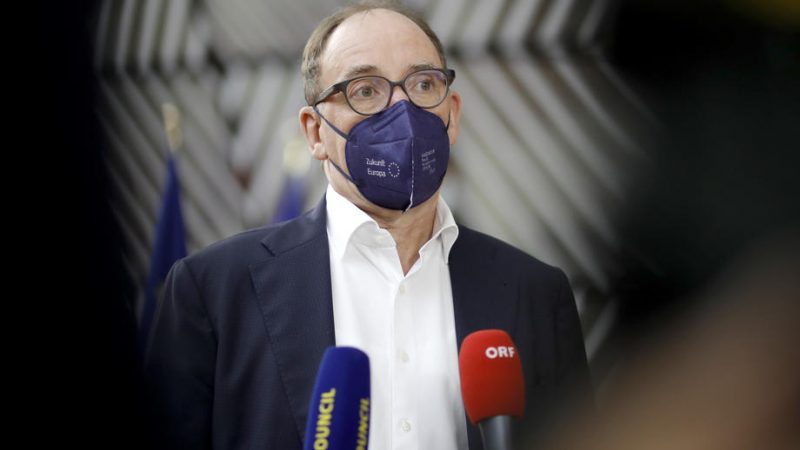 Health Minister Johannes Rauch and the leaders of the Austrian People’s Party (ÖVP) and the Green Party (Grüne) on Thursday (12 May) presented the next steps for care reform.  [EPA-EFE/OLIVIER HOSLET]

Health Minister Johannes Rauch and the leaders of the Austrian People’s Party (ÖVP) and the Green Party (Grüne) on Thursday (12 May) presented the next steps for care reform.

The steps aim to make the sector more attractive for workers despite the precarious working conditions being further exacerbated by the pandemic.

This was “an important day for care in Austria” because “there will be more pay for every employed care worker,” said Rauch.

A large chunk of the funding will be placed into an additional monthly salary bonus for staff, initially limited to two years, for which €520 million will be earmarked for 2022 and 2023. Nursing staff aged 43 and above will receive a week off and two hours extra after night shifts.

The recognition of training from abroad is to be “de-bureaucratised”, and work permits for immigrant professionals made easier to obtain.

Reactions to the measures were mixed, though some organisations like Caritas called it a “first milestone”. Liberal health spokesperson Fiona Fiedler argued that structural problems could not be solved with money alone, while right-wing disability spokesperson Christian Ragger regarded the budget too low.

The Austrian Health and Nursing Association (ÖGKV) also criticised the measures, saying that while some of their demands had been implemented, essential steps are still missing. For highly qualified health care workers and nurses, there are practically no advantages from the reform, said ÖGKV, calling it another step towards “de-professionalisation.”