Austria, Luxembourg to take green label for nuclear and gas to EU courts 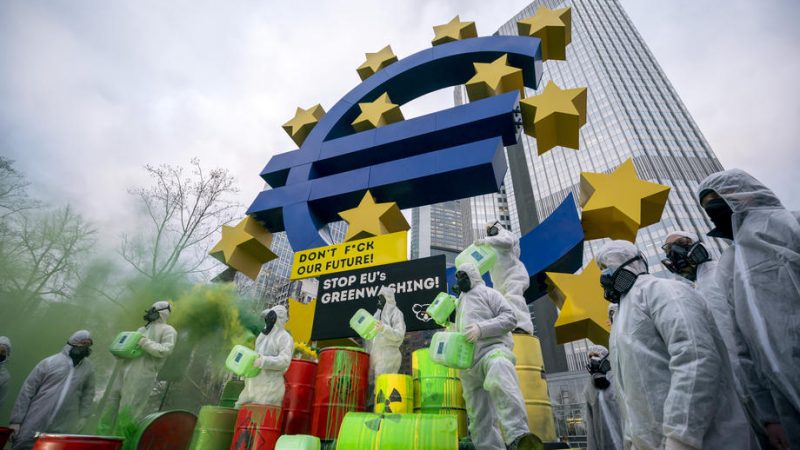 Activists of KoalaKollektiv during a protest in front of the Euro sign in Frankfurt am Main, Germany. The KoalaKollektiv protest s against the greenwashing of nuclear energy and natural gas by the taxonomy of the EU. [EPA-EFE/RONALD WITTEK]

The EU’s sustainable finance rules presented on Wednesday will award a “green” label to gas and nuclear power, which has prompted Austria and Luxembourg to announce a lawsuit.

The Commission’s delegated act “is a greenwashing programme,” she said. As soon as the taxonomy enters into force, Austria “will bring a lawsuit to the European Court of Justice.”

“Luxembourg strongly reaffirms its opposition to the inclusion of nuclear & fossil gas in the decision on EU Taxonomy for ‘sustainable’ finance of the EU Commission,” explained Luxembourg’s minister for energy Claude Turmes. “We will consider further legal steps together with Austria.”

The taxonomy would enter into force on 1 January 2023 at the earliest and a definitive decision by the courts could be expected in late 2023.

Austria’s EU Commissioner Johannes Hahn had already made his displeasure known by being one of three Commissioners to oppose the decision to include nuclear and gas in an internal Commission vote.