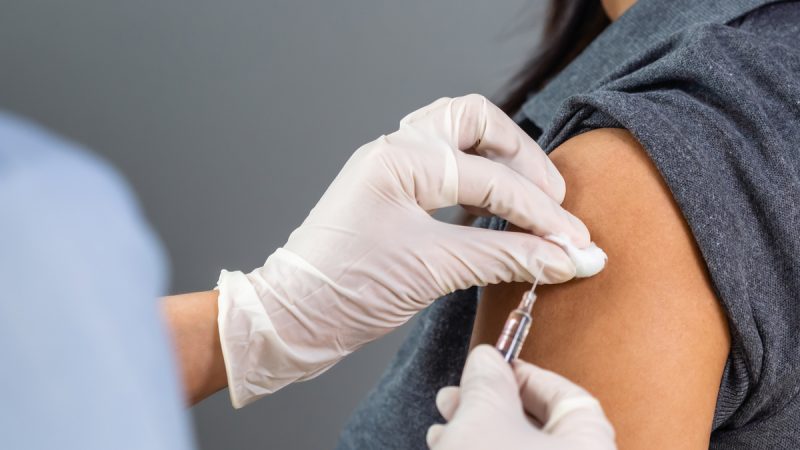 As COVID-19 cases continue to reach record heights, it appears the new leadership is seeking to calm anti-vax groups in the hope more people will take the jab voluntarily. [Shutterstock / BaLL LunLa]

Vaccination against the COVID-19 could be mandatory starting in February as per a new law presented Sunday as large-scale protests rocked several Austrian cities.

“Mandatory vaccination starts in February,” said Austrian Chancellor Karl Nehammer as he presented the new law on 16 January flanked by the constitutional and health ministers.

Despite reports that the technical implementation of the mandatory vaccination scheme would have to wait until April following a statement by the company responsible, the government is holding onto the February deadline.

In a three-phase process, households are first informed about the law during a grace period lasting until 15 March. After 16 March, those randomly checked and found not to be vaccinated will be charged and can expect a fine ranging from €600 to €3600.

Should it be epidemiologically necessary, the Austrian government will launch the third phase, where unvaccinated people will be assigned a vaccination appointment. If they then fail to appear, they will automatically be fined.

Following criticism from other political parties, the government amended the age limit: instead of mandatory vaccination starting at 14, the current legislation envisions beginning with 18-year-olds.

As the mandatory vaccination legislation was presented in Vienna, large-scale protests occurred in several other Austrian cities. Thousands of protesters roamed the streets in Salzburg, a thousand-strong torch-bearers walked through Bregenz, and multiple people were arrested following protests in St. Pölten.